England victory a lesson for others

The attention of the selectors and team management was, for the past several weeks, geared towards how to beard Sri Lanka in their own den. 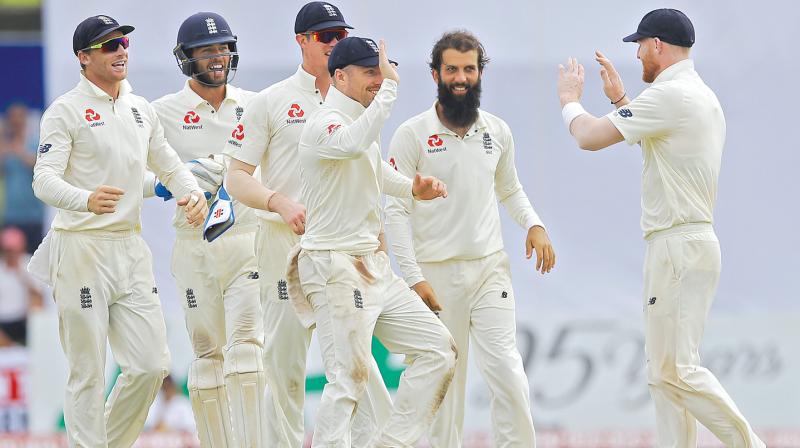 England’s massive victory (by 211 runs) over Sri Lanka in the first Test was the most riveting happening in the cricket world last week, never mind the brouhaha over Virat Kohli’s altercation with a fan when he launched his new app.

Galle has been Sri Lanka’s fortress and England had gone 14 Tests overseas without a win prior to this. It was also to be the portly Rangana Herath’s last international fixture for his country on a ground where he has enjoyed huge success.

Everything pointed towards a mismatch, or at least a confortable win for Sri Lanka. But England turned the tables on their opponents in staggering fashion, beating them at their own game as it were.

On spinning home pitches, Sri Lanka have allowed visiting teams little joy. Batsmen from Australia (2016) and South Africa this year have been reduced to nervous wrecks and lost badly.

Only India, with perhaps the best batsmen for turning tracks, have been able to counter the Lankans, even winning the series in 2015, but not without being put in the grinder.

True, Lankan cricket — the administration, team and individual players — has been in great turmoil recently. But even so, the result of the first Test against England was a major surprise. It ran contrary to past experience and what the relative strength of the two teams respectively reflected on paper.

Why I have made England’s recent win the subject of this week is to highlight the value of effective planning and astute selection, which holds out a lesson to other teams, particularly India.

The attention of the selectors and team management was, for the past several weeks, geared towards how to beard Sri Lanka in their own den. If the focus had been to come out unscathed somehow, I think it would have backfired.

Going by reports, there had been a lot of mental conditioning towards this end, which also impacted the team selection. Even so, England did not look as formidable on paper as they turned out on the field.

The choice of playing three spinners in the match was a no-brainer given the nature of pitches in Sri Lanka, but it was the overall composition of the team that eventually had a bearing on the outcome.

Keaton Jennings, after a string of failures in the home season, came good with a sterling second innings century. The selectors persisting with the young opener despite his run of poor scores because he had shown good aptitude against spin was clever thinking. It also showed what patience and encouragement can do to young talent. It was the inclusion of Ben Foakes, however, which turned out to be the masterstroke. In his debut match, the 25-year-old made 107, 37 and kept wickets superbly to pace and spin, showing no signs of nerves.

This was an interesting and important intervention, reportedly at the behest of selector Ed Smith. Ordinarily, expectation would be that Jos Butler would keep wickets once it was clear that injured David Bairstow would not recover in time.

That would have allowed England to pick another specialist batsmen and hedge against an otherwise fragile top order. But Foakes, who had come with excellent wicket-keeping credentials, won his cap because on dicey pitches, such skills could be invaluable. Smith, it might remembered, was also instrumental in picking Butler, a limited overs specialist, into the Test team this summer, and he has helped England enormously with some match-winning performances.

As things stand, Bairstow would now find it tough to regain his wicket-keeping slot, though he could return as a batsman. But what’s important from England’s point of view is that even with Joe Root, their best batsman making a huge contribution, they could win.

The presence of all-rounders like Stokes and Moeen Ali beefs up both the batting and bowling substantially and allows the captain a lot of flexibility and who to bat and bowl where and when. This is a tremendous advantage.

Obviously, the series is not yet completed. Sri Lanka, smarting from the first Test defeat, will come back strongly and England will have to show sustenance in form and spirit.

But what’s clear from their performance at Galle is that diligent planning, strong motivation and making the right selections makes a better recipe for success, even from a team that does not look strong, than plain bombast from a team that boasts superstars but doesnt know how to win.