Can Windies liven up dead rubber?

Chance for Team India to test their bench strength. 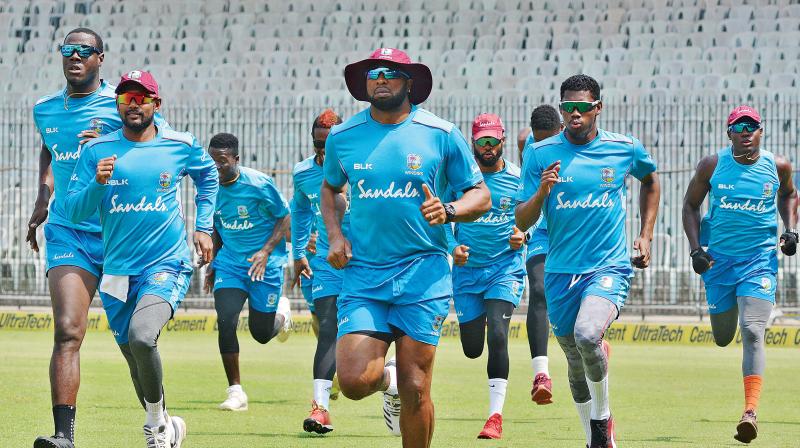 Chennai: The usual buzz that surrounds an international match at Chepauk is evidently missing. Chennai fans haven’t seen much top tier Twenty20 action in the recent past — just one IPL game in three years and one T20 International back in 2012 — yet the Sunday evening clash between India and West Indies hasn’t really kicked up a fervour.

As India have already sealed the series, the final match of the tour has been reduced to a formality. The absence of superstars Virat Kohli and M.S. Dhoni, considered the city’s adopted son, hasn’t helped either.

The match, however, gives an opportunity for Rohit Sharma to test India’s bench strength ahead of the much-awaited Australian tour. Talented Mumbai batsman Shreyas Iyer and Tamil Nadu all-rounder MS Washington Sundar could make it to the playing XI.

The onus is on the Windies to liven up the dead rubber. Despite having an array of big-hitting batsmen in their line-up, the visitors haven’t had much success in the shortest format. They are eager to end their tour on a high.

Wicket-keeper batsman Denesh Ramdin feels the absence of Chris Gayle, Evin Lewis and Sunil Narine has hurt the Windies. “It’s difficult to build a team given the current scenario. When you look at our T20 players they are in demand all over the world, so yes, we are suffering in that aspect. Our senior players did not turn up for the tour, and that’s one of the reasons why we are 0-2 down in this series,” Ramdin said.

The likes of Kieron Pollard and Darren Bravo were expected to step up in Gayle’s absence, but they failed to fire. Shimron Hetmyer who did well in ODIs couldn’t replicate his form in T20s.

Ramdin also conceded that batsmen struggled to pick ‘chinaman’ bowler Kuldeep Yadav, who has now been rested for the final T20. “Kuldeep has been a threat in the middle overs and unfortunately we couldn’t push on.” Ramdin added.

Ramdin said the Windies cricket would do well to learn from IPL’s success route.