The report came right after the speculations of a possible fall out between Virat Kohli and Rohit Sharma. 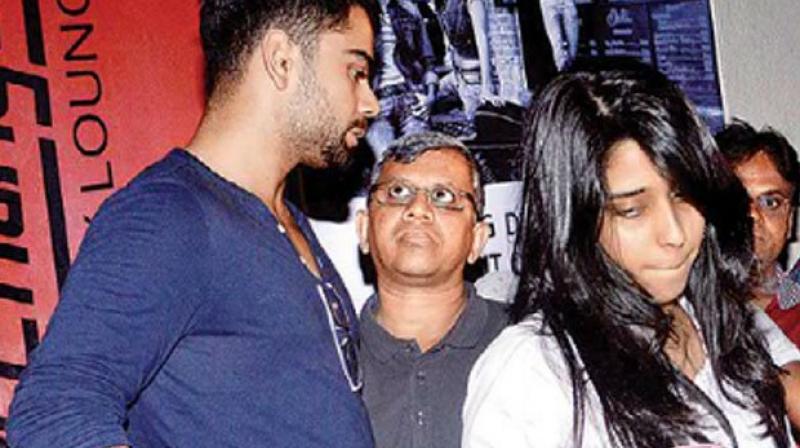 The report stated, six years back, Virat Kohli went out on a movie date with Indian vice captain’s wife Ritika Sajdeh. The report came right after the speculations of a possible fall out between Virat Kohli and Rohit Sharma.

The reports suggesting the alleged rift between the duo, stated that the fallout occurred either due to the differences in their opinions or due to the decision to send MS Dhoni at number seven during the 2019 World Cup semi-final between India and New Zealand.

Ritika Sajdeh worked for Virat Kohli back in 2013

Coming to the story, Indian cricketer Virat Kohli, who returned to India after a successful Zimbabwe tour, was seen hanging out with an unknown girl in Mumbai. Virat, who was enjoying a short vacation in Mumbai, took his friend out on a movie date.

Virat Kohli, who was hanging out with his friend, was soon surrounded by photographers. Even though, Kohli had not problems in getting his photos clicked, however, his friend, Ritika Sajdeh, who was a sports talent manager back then, had covered her as soon as she observed the paparazzi.

Following Virat and Ritika’s movie date, their photos were published in DNA paper, a leading daily.

Ritika, who seemed uncomfortable in getting clicked by the photographers, hid her face with her hands initially, lastly by a newspaper. However, by that time the damage had been done.

The report also stated that Virat Kohli had met Ritika during the Indian Premiere League in 2010. Rohit Sharma’s wife had represented Virat Kohli from 2010 till 2013. Sajdeh was just a friend.