In the video, Kohli can be seen trying the Bottle Cap Challenge and Shastri's voice can be heard in the background. 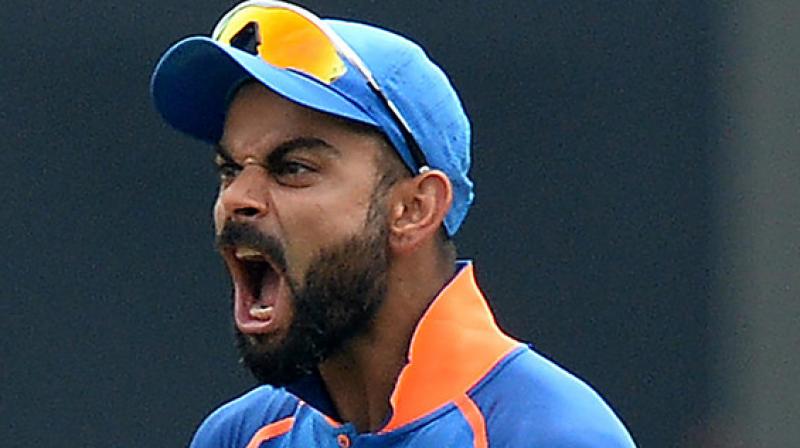 Kohli shared a video on Twitter and wrote 'Better late than never,#BottleCapChallenge'. (Photo:AFP)

Kohli shared a video on Twitter and wrote "Better late than never,#BottleCapChallenge".

In the video, Kohli can be seen trying the Bottle Cap Challenge and Shastri's voice can be heard in the background. The current Indian coach can be heard doing commentary.

"He's a got a wide range of shots, what is he going to do," Shastri can be heard saying when the video begins.

As soon as Kohli removes the Bottle Cap, Shastri can be heard saying "Oh, what a shot that is, a flick of the wrist and way she goes, what a shot".

Earlier on Saturday, Union Minister of Youth Affairs and Sports, Kiren Rijiju was also not able to resist the trend of Bottle Cap Challenge.

Rijiju had taken to Twitter and shared his video taking up the challenge.

"The spirit of sportsmanship must remain forever," he had captioned the video.

Kohli is currently playing against West Indies. Under his leadership, the team defeated Windies 3-0 in the three-match T20I series.

The first ODI of the three-match series was abandoned due to rain on Aug 8. India and West Indies lock horns in the second ODI later today.