Pakistani reporter Zainab Abbas’ selfies with cricket captains are being deemed a bad omen for their teams. 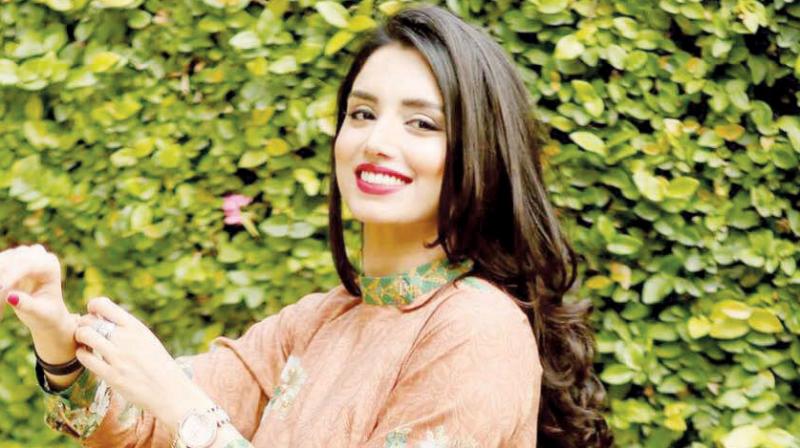 Zainab Abbas has been getting requests from various fans to click selfies with the skippers of their rival teams.

Zainab Abbas, a Pakistani sports journalist, now in England to cover the ongoing Champions Trophy matches has been flooded with requests from fans to post at least one selfie with Sri Lankan captain Angelo Mathews.

The reason is, whenever this reporter took selfies with the captains, their teams have lost the ODI! And Pakistan fans want to ensure that their team does not lose the crucial last match against Sri Lanka on Monday. 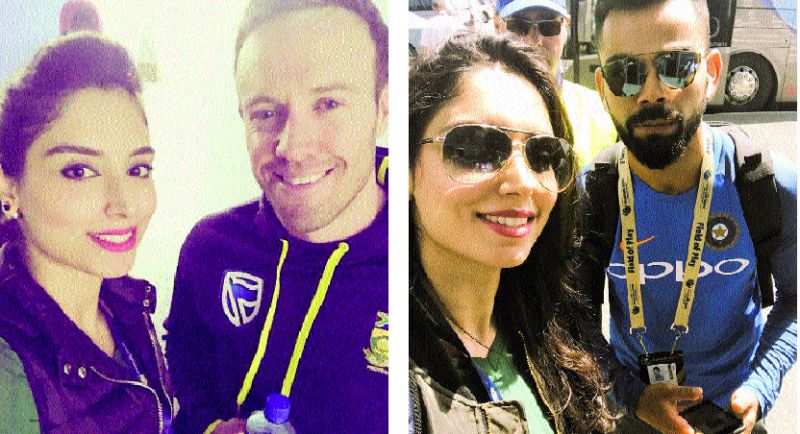 Bad omen? After Zainab took a selfie with AB de Villiers and Virat Kohli, both of them got dismissed for a duck.

“Obviously it’s a coincidence. What more can there be to it?,” Zainab asked, talking from London. “I am here to do my job and am/was a fan of ABD and Kohli and that’s why I clicked selfies with them. Unfortunately, it didn’t work out (well for them),” she added.

“I really don’t care if my image on social media is portrayed in a negative way. I have taken a few selfies with the Pakistani skipper too and there is nothing wrong with it. If I get a chance to have a fresh selfie with the Sri Lankan skipper, why can’t I have it? He is a great player!” she said adding that she will be supporting the Pakistan team on Monday.

Fellow Pakistan reporter, Asif Khan, speaking exclusively from Karachi, says in her defence. “Taking selfies with anyone is not awkward at all and we all take selfies with known personalities whenever a chance comes our way, but terming these photos a bad omen for someone is totally uncalled for.”

“I personally feel that fans on social media went overboard and turned derogatory at times. We must understand the difference between humour and humiliation,” he added.

Journalism or fan worship?
In the light of Pakistani sport’s reporter Zainab Abbas’ selfies with team captains being designated as bad omens for the respective teams, and the world going up in arms against the phenomenon of selfie journalism — where just about anyone can take a selfie with a celebrity and post a story about it — we talk to a few experts on how this can be detrimental to journalism.

Shiv Vishwanathan, social scientist
To an extent, a certain distance is needed to read and understand the person well, especially in niche film journalism. I think a selfie destroys that. At one level, there is a kind of fan worship, so the journalism gets a bit flawed. And unless one can split themselves into two, it is difficult to write an objective report on a person when you are a fan of them. Sometimes, even stars want to read good, hard and critical writing. I think that goes missing with selfies and fan worship.

Genres in journalism need to be kept separate. What happens in selfie journalism is that genres break down. Having said that, I think that clicking selfies with celebrities only partly comes in the way of being a journalist. Such people are more fans than they are journalists.

Aakar Patel, writer and columnist
The fan in the journalist comes out when they are in the presence of a star. It is a human tendency and only natural to want a selfie with a celebrity. However, it then becomes difficult to create objective content around the person. It happens all because of technology. A few decades ago, back when I was a reporter, a fan would preserve a photograph or an autograph. Today, it is just a selfie they take, which is up on their social media within seconds. Journalists are very much awed by the fact that they are around a big star, but it ends up coming in the way of their work.

Pritish Nandy, writer
This is not a new phenomenon. Selfie journalism has been picking up momentum in the past few years. It affects how journalists write about a star because it shows how they are, deep down — a fan of the star.

It is also quite rare for a star to refuse taking a selfie with someone because then it makes for an awkward situation. When you are in the public sphere, how many times are you going to say ‘no’? I also think that stars don’t want to say ‘no’ to selfies because it is only beneficial for them to take pictures with fans and people out of their professional circle.

Ayaz Memon, sports writer
The fact that a selfie would come in the way of writing an objective, unbiased piece on a star is an extreme way to look at it. We are in the selfie age; today, one doesn’t need to preserve a physical picture — it is all digital — at the tip of your fingers. And, the ease of doing this has transformed everybody into a selfie junkie. I think, wanting to take a selfie has a lot more to do with human nature than it has to do with being a journalist or a photographer. A selfie is not a measure of friendship or a connection. Several people are swayed by the fact that they have taken a selfie, but frankly it doesn’t mean anything more than them being present at a certain place at a particular time.