Blow away the blues

Mental health experts say sportsmen are no exceptions, they too need a psychologist 24 x 7 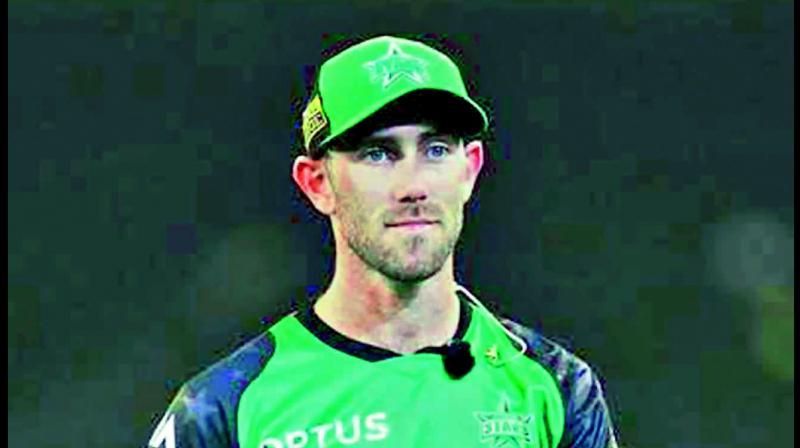 Several great players have crumbled under pressure, developing the fear of failure, followed by the fear of losing the position they have achieved — slowly setting the stage for depression in their lives.

Mental issues have plagued sportspersons for long, even as several among them have started to talk about their struggles. Most recently, we heard about Indian cricketer Mohammad Shami talk about the toll, injury and issues with his wife took on his health and profession.

Similarly, former cricketer Praveen Kumar underwent a dark phase in his life, through which he battled mental-health issues and loneliness. Thankfully for Praveen and his family, the bowler is now undergoing therapy while trying to get his personal life back on track.

Several great players have crumbled under pressure, developing the fear of failure, followed by the fear of losing the position they have achieved — slowly setting the stage for depression in their lives. Cricketers such as Glenn Maxwell, Shaun Tait, Andrew Flintoff, Marcus Trescothick, Steve Harmison and Jonathan Trott have also been victims of depression, for reasons ranging from loss of form or family matters, and have sought a “break” from the game.

According to Kolkata-based sports psychologist Anusheela Brahmachary, who has been dealing with the various sportspeople, as sports transcends from being a mere recreation to a very attractive profession, success in the profession has become more of a stepping stone to achieve all that one aspires for.

“With this change, the fun element of sports has been largely replaced by a pressure — a pressure to ace your performance at all times,” explains Anusheela, adding, “And elite level sportsmen face this pressure at a maximum level.”

With the complexities of modern life, almost every person requires psychological support at some point in their lives. Sportsmen are no exceptions. In fact, with the constant pressure of performance and the need to live up to several expectations, it is almost a mandate for them now, so much so that many elite sportsmen have spoken about the importance and benefits of such mental conditioning, too.

“Even though such supports are available, several elite sportsmen fall prey to depression and fail to reach out for help. In certain instances, we have seen that the player has even chosen to end his/her life than to seek help,” adds Anusheela.

Anusheela explains that the mental support for sportsmen is different from regular counselling. “It can be categorised into two sections — mental toughness training and one-on-one counselling. Mental toughness training is ideally a process of training the player to equip the mind to be able to withstand the pressures and continue to perform at their best. This training aims at identifying the mental barriers and then training the players to overcome them. Many elite sportsmen have spoken about the importance and benefits of such conditioning,” she states.

Keerthana Swaminathan is another psychologist who works with sportspeople across multiple sports, helping players to bring out the best in them.
“As mental conditioning coaches, we acknowledge that every player has strengths and weaknesses. It’s about a small incremental growth every day,” points out Keerthana. “Just like M.S. Dhoni rightly pointed out, mental well-being is not something one achieves overnight. One has got to keep working towards it. It’s a constant process for the mental conditioning coach as well as the team to work towards.”

When contacted on the subject, Pune-based sports and exercise psychologist Varadayini Gorhe Chitale points out how Shami’s suicidal thoughts and Praveen’s mental health battles not only raised eyebrows but also got back the question of mental health in cricket and sports, in fact, opening up a can of worms.

“As a sport psychologist, I have and will always maintain the stance that every team needs a psychologist 24×7 — and not as a consultant who comes and goes. This is because developing trust is an important part of our profession. Cricketers talking about mental health in the media is needed, but they need someone they can trust to open up with about the battles going in their head,” stresses Varadayini.

BCCI yet to take it seriously

While ‘Captain Cool’ Dhoni has been an ardent advocate of long-term associations with a psychologist, Smriti Mandhana, from the Indian women’s cricket team has talked of hiring a psychologist for the women’s team. But neither suggestions appear to have been taken seriously by the Board.

“For cricketers or any sportspeople to become very self-aware about their emotions and develop the resilience to fight the mental battles, they do need continuous support. Hence, a consultant can only be 50 per cent effective,” explains Varadayini, who then gives the example of the mental conditioning coach Paddy Upton. Paddy was with the Indian team throughout 2008-11. “The on-field result cannot be ignored — the World Championship 2011,” points out Varadayini. “Upton wasn’t a consultant but a member of the team. That is the noted difference a psychologist or a mental conditioning coach can make if they are continuously engaged with the team.”