Du Plessis and Watson's half-century in the Qualifier 2 helped their side vanquish the DC by six wickets and secure their spot in the final. 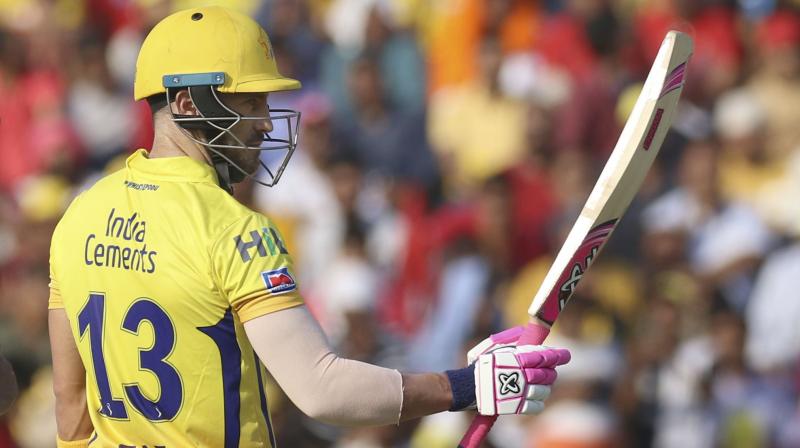 Du Plessis feels that his team require few balls to settle down and hit the ball from the middle of the bat as they have not been playing on the flat wicket all the time. (Photo: AP)

Dubai: Chennai Super Kings batsman Faf du Plessis, who is opening the innings for his side, said that this opportunity has helped him grow his game but still feels that his best role is probably at number three.

"Obviously, in my career, I've always batted 3 and 4. So the first time I really got an opportunity to open was with Chennai because that's where the gap is. Suresh [Raina] has batted No.3 since he was 18 for Chennai, and he's going to bat there for, I suppose, a few more years. Even [MS] Dhoni sometimes bats at 4 or 5," the International Cricket Council (ICC) quoted Du Plessis, as saying, "So the opportunity for me was to open the batting, especially after [Michael] Hussey left. South Africa team, I bat [at] three, it's probably my best role. It was good for me to just grow my game, just batting different circumstances," he added.

Du Plessis and Shane Watson's half-century in the Qualifier 2 helped their side vanquish the Delhi Capitals by six wickets and secure their spot in the Indian Premier League (IPL) final.

However, Du Plessis feels that his team require few balls to settle down and hit the ball from the middle of the bat as they have not been playing on the flat wicket all the time.

"The nature of our whole batting line-up is we haven't been in our best form, because we haven't been playing on a flat wicket all the time. So, naturally, you need a few more balls to hit the ball middle of the bat. Once we get through that, we generally score quicker," he said.

"We saw that innings where Watson got 96 -- once he gets through the Powerplay, he plays really well. So that's a real strength of ours just to get through that, and it just frees up all the players," Du Plessis added.

Chennai will now face Mumbai Indians for the IPL final in Hyderabad on May 12.