Playing under a new name, Delhi Capitals managed to turn their fortunes around with coach Ricky Ponting and advisor Sourav Ganguly. 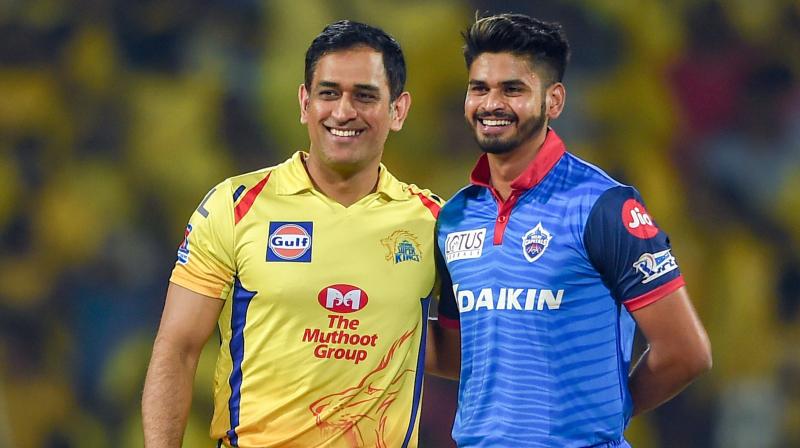 Visakhapatnam: Summing up Delhi Capitals' performance this season, skipper Shreyas Iyer said every player took initiative and responsibility before they fell just short of making their first ever IPL final, going down to Chennai Super Kings in Qualifier 2 here.

Playing under a new name in this edition, Delhi Capitals managed to turn their fortunes around with coach Ricky Ponting and advisor Sourav Ganguly at the helm.

"There are a lot of positives to talk about. At the start of the season with half of us youngsters in the team (but) Ricky, Sourav Ganguly came in and gave their views regarding how we would be going this season. Everyone was really enthusiastic to take forward from there on.

"The way we started...right from the Mumbai game, Rishabh (Pant) started with a great knock and from there on every individual took responsibility. In the league phase, we did amazing. Last season was really disappointing for us and the way we came out this year, everybody took that initiative and responsibility till this game," Iyer said at the post-match press conference.

"Off the field also, we have gelled as a team and now it's time to grow from here on. I am really proud of the way we played this season. We've got a lot more to come next season," he added.

Delhi Capitals ended the league stage with 18 points, similar points as finalists Mumbai Indians and Chennai Super Kings. They also managed to win their Eliminator against Sunrisers Hyderabad but could not cross the Qualifier 2 hurdle against the defending champions, losing by six wickets here on Friday night.

Delhi was restricted to just 147 for nine but Iyer refused to blame the pitch for their dismal show with the bat.

"It was not a very difficult wicket to bat on. We had a disappointing start, losing two wickets in the powerplay, and it was hard to recover from that. I thought that if I play a few balls and take time, it doesn't matter because I can capitalise later on. And I have done that in the past. I was taking my time and I thought Imran's over was to go for.

"It was right in the slot but I just mistimed it and we started losing wickets from there again. So it was a miscalculation which happened and it was a bad day for us," explained the captain.

"But can't really complain about the wickets. We have played a lot of our games on slow wickets, we've been practising a lot, even the wickets we practice on in Delhi aren't that safe for the batsmen because they have uneven bounce. As a professional, you can't complain about the pitch. We lost two wickets and none of the batsmen clicked at the same time. It was a bad calculation for us," he added.

The 24-year-old said that Delhi players were lucky to have Ponting as their coach.

"Ponting is definitely a legend. Whenever he talks in the dressing room, no one has to talk after that. Because if someone does that, it's of no use. The way he talks, it's just like a song or a rap. He's got that flow and he's been doing it for 20 years.

"As youngsters, we are really happy and lucky to have him as our coach. The positivity that he spreads, the freedom that he gives to every player is something out of the box. That's what we need as youngsters. We need someone to support us and back us. That's what we get from Ricky," said Iyer.