Three-time champions Mumbai walloped Chennai for the third time this IPL season in Tuesday’s qualifier to storm into the final in Hyderabad. 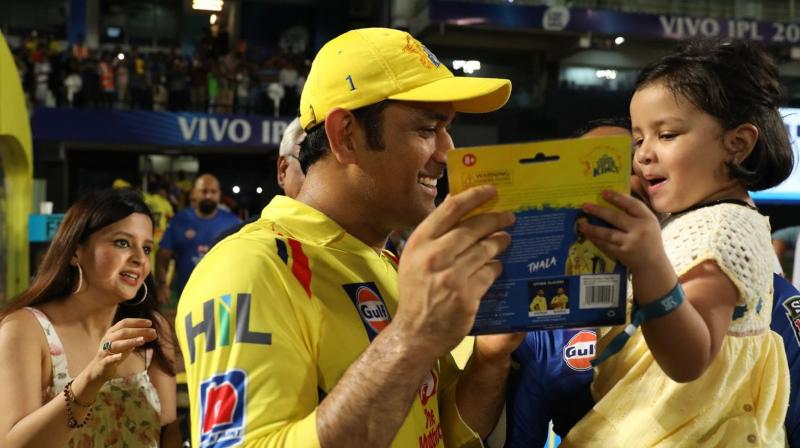 Three-time champions Mumbai walloped Chennai for the third time this IPL season in Tuesday’s qualifier to storm into the final in Hyderabad, affording themselves a couple of extra days’ rest.

Chennai, however, would not be denied the eighth final in 10 tournaments and will hunt for back-to-back titles after returning from a two-year ban for corruption last year to claim their third championship.

Dhoni’s team are a veritable ‘Dad’s Army’, fielding nine players in their thirties and five over 35.

To reach the final, they outplayed a young Delhi Capitals led by 24-year-old Shreyas Iyer in Friday’s second qualifier to run into a rampaging Mumbai team led by Rohit Sharma.

Rohit headlines a formidable top order that includes in-form Quinton de Kock. They have arguably the best death-overs exponents in Jaspreet Bumrah and Lasith Malinga while boasting an explosive all-rounder in Hardik Pandya.

“Mumbai Indians have a great team, no question, not too many holes in their team. It’s going to be a great challenge,” Chennai opener Shane Watson said after Friday’s victory.

Australian Watson and opening partner Faf du Plessis of South Africa hit identical fifties against Delhi but their batting frailties have often meant bowlers had to save the day on several occasions.

Watson has managed just two fifties in 16 matches but Dhoni has kept his trust in the 37-year-old Australian who smashed a century in last year’s final against Sunrisers Hyderabad.

Consistency is the buzzword in Chennai who have had Dhoni as skipper since the inaugural tournament in 2008. The former India captain, himself, is against frequent change in personnel.

With an unshakeable trust in his teammates, the phlegmatic 37-year-old enjoys absolute loyalty in a relaxed dressing room.

Chennai no longer even bother with team meetings, such is their understanding and camaraderie, according to West Indian all-rounder Dwayne Bravo.

“We don’t plan. We just turn up and go with the flow on any given day,” he said recently.

That approach has failed against Mumbai this season but Watson was confident Chennai’s collective experience would have them in good stead in the final.

“There are huge positives about age and experience, and that’s the way CSK has played,” said the all-rounder.

“We’re going to make the most of our experience in the final on Sunday.”