Although Kapil Dev admitted that no team could be taken lightly in the Champions Trophy, England would be the hardest to face. 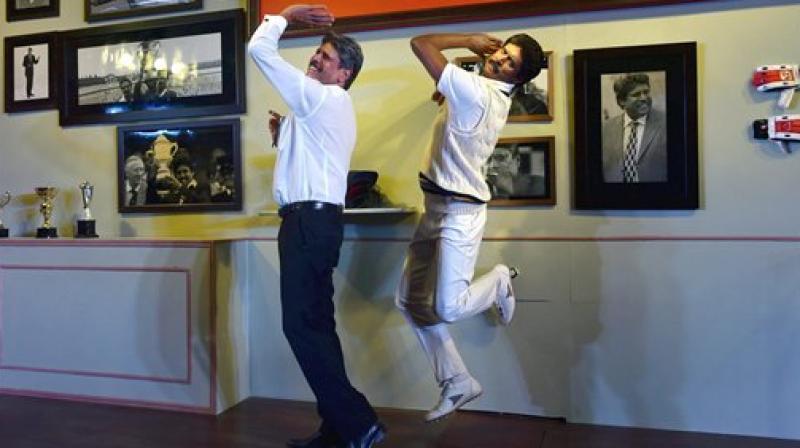 Kapil Dev said that although the Men in Blue look better on paper at this stage, whoever plays well on that particular day would win the clash. (Photo: PTI)

New Delhi: Former Indian skipper Kapil Dev on Thursday said that England, host of the Champions Trophy beginning June 1, would have an advantage in the marquee event as they would be knowing the conditions better than any other team.

Although the 58-year-old admitted that no team could be taken lightly in the upcoming 50-over lucrative tournament, would be the hardest to face.

"Every team will be tough to beat. You can't rule out any team. I think will be very tough playing in . They know the conditions better than any other team," Dev told reporters while attending the unveiling of his wax statue at Madame Tussauds.

Talking about the much-awaited India- Pakistan clash on June 4, Dev said that although the Men in Blue look better on paper at this stage, whoever plays well on that particular day would win the clash.

"I think on that given day, whoever will play well will win the clash. On paper, look far better at this stage," he added.

Dev further said that young players in the Indian squad are looking really good, before adding that he was quite impressed with the performances of Sunrisers Hyderabad's Bhuvneshwar Kumar and Mumbai Indians' Jasprit Bumrah in the ongoing Indian Premier League (IPL).

"The young boys are looking very good. I am really delighted to see how the Bhuvneshwar Kumar has come back and he bowled so well. And hats-off to Bumrah. He has taken the pressure really well. He has done really well," the legendary cricketer said.