England was able to achieve the target in 10.2 overs with Joe Root and Eoin Morgan remaining unbeaten at the end. 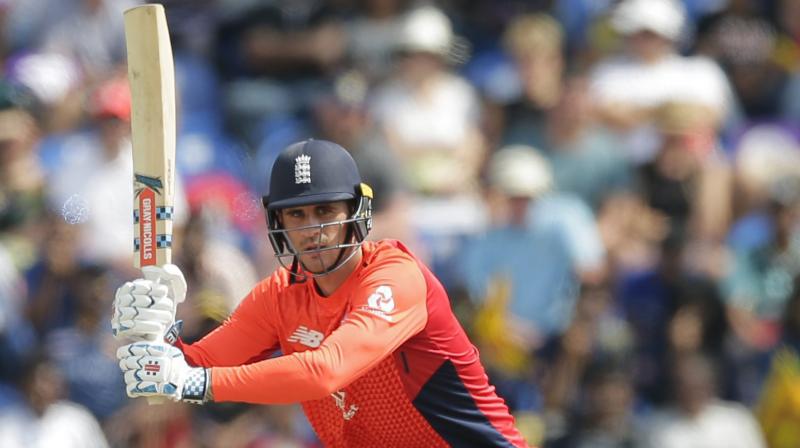 St Kitts: England defeated Windies in the final T20I of three-match series by eight wickets to seal the series 3-0 on Sunday (local time).

West Indies slumped to 71 all out in the third T20I. England's bowler David Willey started the carnage, as he dismissed Shai Hope with his very first ball.

Next to go was Shimron Hetmeyer as he was also dismissed by Willey.

Willey ended up taking a four-wicket haul in the match and Windies were left in disarray.

England did not take much time in cleaning up the innings as Mark Wood and Adil Rashid dismissed the tailenders for not many runs.

In chasing a below-par score of 72, England got off to a tremendous start as their opener Alex Hales smashed two fours and a six in the very first over to make his team's intentions very clear.

Windies bounced back as they were able to keep England's run flow at check but it was just a matter of time before England chased down the target.

England was able to achieve the target in 10.2 overs with Joe Root and Eoin Morgan remaining unbeaten at the end.

Windies recorded their second successive poor performance with the bat. In the second T20I, they were bowled out for 45 chasing a target of 183 runs.

As a result of this win, England won the three-match T20 series against Windies 3-0.