Rabada has frailty of temperament

Rabada has been charged with a Level 2 offence for a tempestuous send-off to Steve Smith. 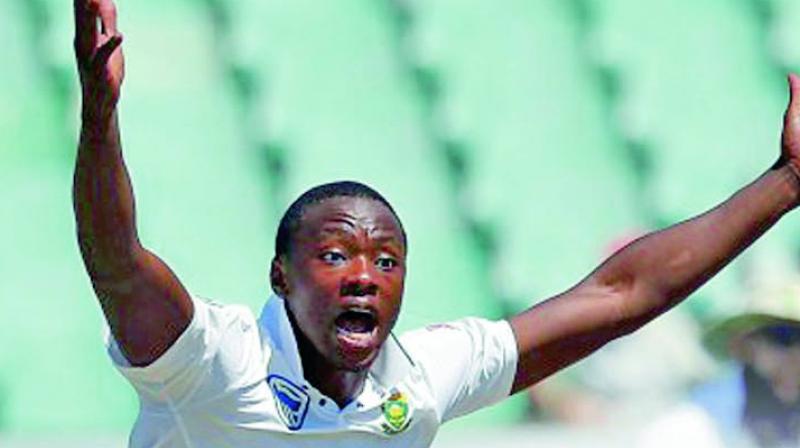 Cricket has hit an unexpected crisis in the ongoing Test series between South Africa and Australia. The tension of a taut series appears to have frayed nerves and warped sensibilities, leading to manifest hostility between players.

What promised to be a fantastic contest between two teams possessing heavy duty ammunition in the bowling department (especially pace) is being marred by a series of misdemeanours on and off the field.

The game is being disgraced and players from both sides are to blame.

As I write this column, Kagiso Rabada, South Africa’s brilliant young fast bowler, faces a two-Test ban. This would rule him out for the rest of the series, which would be seriously detrimental to the prospects of his team to square or win the rubber.

Rabada has been charged with a Level 2 offence for a tempestuous send-off to Steve Smith.

Television footage of the incident shows Rabada walking menacingly towards Smith. There is fleeting body contact for which the bowler has obviously copped the serious charge.

My personal opinion having watched the footage is that while Rabada is all fired up (getting Smith cheaply would be a high for any bowler today!) the `body contact’ does not look deliberated: Or at least, he senses the problem and changes course at the last minute, barely brushing Smith.

From an administrative point of view, however, it is touch and go. Rabada has decided to challenge the Level 2 charge.

His fate was to be decided after the second day’s play. Whether he can convince the match referee that body contact was unintended remains to be seen.

However, this is not the first time that Rabada has fallen foul of authority. Demerit points earned earlier had brought him on the verge of a possible ban, which reveals a certain frailty of temperament in the fast bowler.

This is unfortunate and cause for concern. Rabada is not quite 23 and rated as a rare talent.

He’s got sizzling pace and skill that has had critics and fans in raptures, much as it has riled opponents. If he isn’t already the best fast bowler in the game, he is closing that gap rapidly.

Such extraordinary talent, one would imagine, would be mentored with special care to ensure a long and fruitful career. If he cops a ban, Rabada’s career would hit only a temporary roadblock. But the dent to his psyche could be more damaging.

Rabada would believe that his overt aggression was in the interest of his team after the spiteful first Test in which there was an ugly fracas between David Warner and Quentin de Kock. If banned, he would feel victimised.

Considering what has been witnessed yet, Steve Waugh’s complaint that Virat Kohli’s behavior is ‘over the top’ seems laughable. Australia and South Africa have done far worse and both teams must be held accountable for sullying the tenor and ethos of the series.

The issue of aggression on the field of play is never easily answered. How much is acceptable? When is the threshold crossed? And what can be done to prevent cricket from degenerating into a street brawl?

Players around the world frequently talk of ‘intensity’ when they take the field. This is understandable. There is so much at stake where individual, team and national pride are concerned. Emotions can run high and sometimes good sense can get hit for a six.

It is not my case that aggressive intent should be diluted.

Even banter, byplay, and some amount of gamesmanship are legitimate aspects of the sport, adds to its flavour: provided, of course, this doesn’t get out of hand.

The difficult part is determining what constitutes serious offence. As the game has evolved over a century and more, several checks and balances have been put in place to arrest the problem, with modest success. What more can be done?

Offending players being shown coloured cards — a la football — is a measure that has been mooted for some while now. It will certainly empower the umpires greater though it robs cricket of its pristine virtue.

The best solution, in my opinion, can come from the players themselves, Players must be taught what makes for offensive behavior — as distinct from aggression — at an early age.

More pertinently, the captain must be made even more responsible for the behavior of his players. He has the power to set the tone for how his team responds to different situations. He must carry the onus in some way or measure if things get out of hand too.