After taking 10 wickets in the series against Sri Lanka, South Africa spinner Imran Tahir has taken the top spot in the ICC ODI rankings. 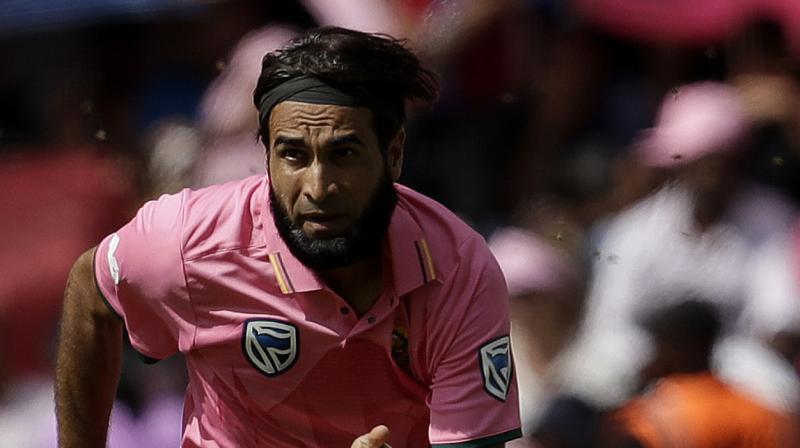 Dubai: South Africa spinner Imran Tahir has surged to the top of the ICC Player Rankings for ODI Bowlers after claiming 10 wickets in the series against Sri Lanka.

His captain Faf du Plessis has broken into the top five for the first time in his career after scoring 410 runs with two centuries and one half-century.

Tahir is already the number-one ranked bowler in the ICC Player Rankings for T20I Bowlers and had started the ODI series in third place on 712 points. During the series, he earned 49 points, which have helped him to move ahead of New Zealand's Trent Boult and Sunil Narine of the West Indies.

Du Plessis's sublime form throughout the series has also helped him to leapfrog seven batsmen to claim fourth position for the first time. Du Plessis earned 67 points during the series and now leads team-mates Quinton de Kock in fifth position and sixth-ranked Hashim Amla by 10 and 25 points, respectively.

David Warner of Australia leads the batting table, and he is followed by South Africa's AB de Villiers and Virat Kohli of India.

Shakib-Al-Hasan is the number-one ranked all-rounder in ODIs, followed by Afghanistan's Mohammad Nabi and Angelo Mathews of Sri Lanka.