At 17 years and 62 days, Prithvi became the youngest half-centurion in a Ranji Trophy final. 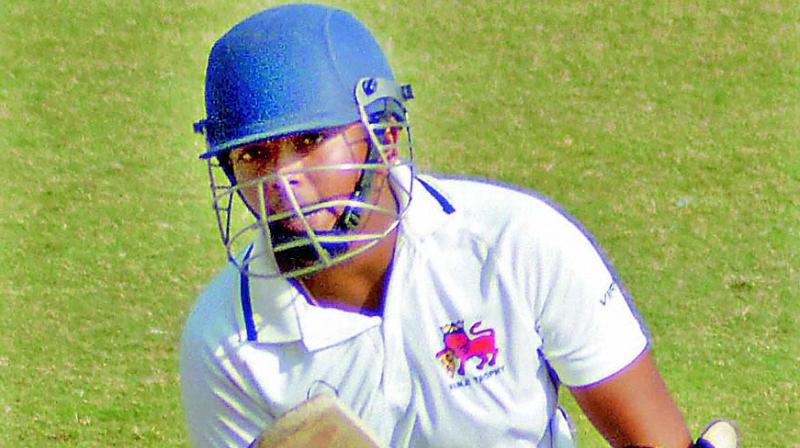 Indore: Gujarat’s batsmen have hogged the limelight for the entire season but their unheralded bowling line-up, sans India stars Axar Patel and Jasprit Bumrah, came to the party by dismissing defending champions Mumbai for a paltry 228 on the first day of the Ranji Trophy final, here.

On a Holkar Stadium track that had some juice for the seamers, Parthiv Patel called it right and then his military medium trundlers led by veteran Rudra Pratap Singh (2/48) bowled with a lot of discipline to script downfall of the mighty Mumbai batting line-up. Seamers Chintan Gaja (2/46) and Rush Kalaria (1/66) complemented RP well while spinners left-armer Hardik Patel (1/54) and part-time off-spinner Rujul Bhatt (2/5) also provided important breakthroughs.

The 41-time champions lost wickets at regular intervals despite their schoolboy sensation Prithvi Shaw (71) once again hogging the limelight with some delightful strokeplay. Talented Suryakumar Yadav (57) did all the hardwork before throwing it away while ‘Man Friday’ Abhishek Nayar (35) ran out of partners in the end. All the Gujarat seamers bowled within 130 kmph but got a shade movement both ways which brought about the downfall of the Mumbai batsmen.

Veteran RP started the slide as left-handed Akhil Herwadkar got a fuller delivery that straightened enough to catch him plumb in-front. Shreyas Iyer (14) took guard outside the crease to negate swing as he spanked a couple of fuller deliveries from Gaja who then altered the length. Iyer rushed like a raging bull only to edge one to Parthiv behind the stumps.

But the first session belonged to young Prithvi, who again showed that he is another rare talent emerging from the Mumbai stable of batsmanship. Equally adept on front and backfoot, his punches were a delight. He possesses an upright stance and fine balance. He time and again rocked back to punch between the cover and cover point region. He hit 11 boundaries in all. The time that he was in flow, even a normally attacking Suryakumar curbed his natural instinct of attack to let youngster hog the limelight.

At 17 years and 62 days, Prithvi became the youngest half-centurion in a Ranji Trophy final. He was looking good for a three-figure mark before a horrible mix-up with Surya saw him run-out. Partly Surya could be blamed as he pushed for a tight single dabbing one towards short cover. The duo had added 52 runs by then and a tight single wasn’t a necessary.

But Prithvi responded late and by the time he decided not to go for the single, Surya was almost there at the non-strikers’ end and the youngster as is the custom in Indian cricket sacrificed his wicket for the senior man. Once Prithvi was gone, Surya got into his element hitting some lusty on drives and cover drives. Skipper Aditya Tare (4) offered a bat pad catch off Hardik Patel.