Parthiv could not resist taking a dig at Jos Buttler, his Mumbai Indians’ teammate, despite the Englishman’s 76-run knock. 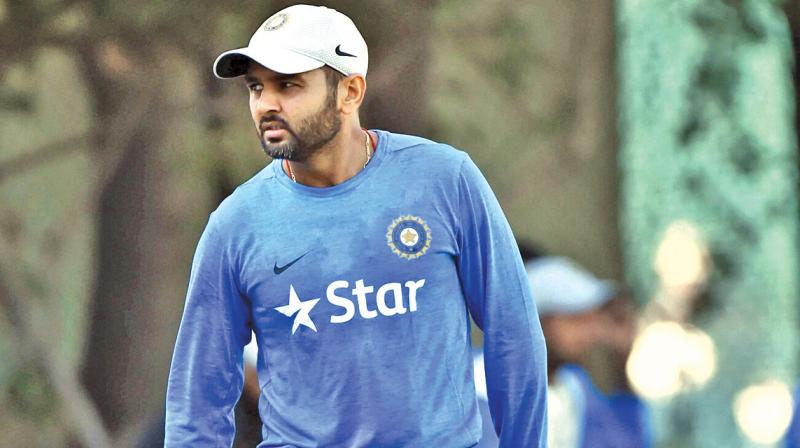 Mumbai: Parthiv Patel took on England after India finished Day Two of the fourth Test here on 146/1 on Friday. The diminutive wicketkeeper-batsman made it clear that the quality of Indian spinners was far better than their English counterparts.

“There is a definite difference between the quality for sure. More than the surface, the quality of our spinners (R. Ashwin, Ravindra Jadeja and Jayant Yadav) is far better and we also have more revolutions on the ball than the England spinners, deceive a lot of players in the air rather than just get help from the pitch and vary pace to keep them quiet,” said Parthiv after draw of on the day.

“That’s what even I felt in the last game as well. The way our guys bowled in Mohali, where there was no turn and when we were batting second. On a red-soil wicket (like the one at the Wankhede Stadium), it is very difficult to contain the scoring rate and we did that yesterday in the second session and we got wickets in the third season,” Patel added while making his point about the quality of the Indian spinners.

Parthiv could not resist taking a dig at Jos Buttler, his Mumbai Indians’ teammate, despite the Englishman’s 76-run knock.

“Honestly, he was lucky yesterday (Thursday) as there were lots of balls and inside edges that missed the stumps by very little.

“He batted well today and when you don’t have any pressure you tend to play well, because once wickets fell, he had to play with tail-enders and he played his game,” he added.