IND vs SA 2nd Test: India win toss and elect to bat; one change made

India lead the three-match series 1-0 after their 203-run victory in Visakhapatnam in the first Test. 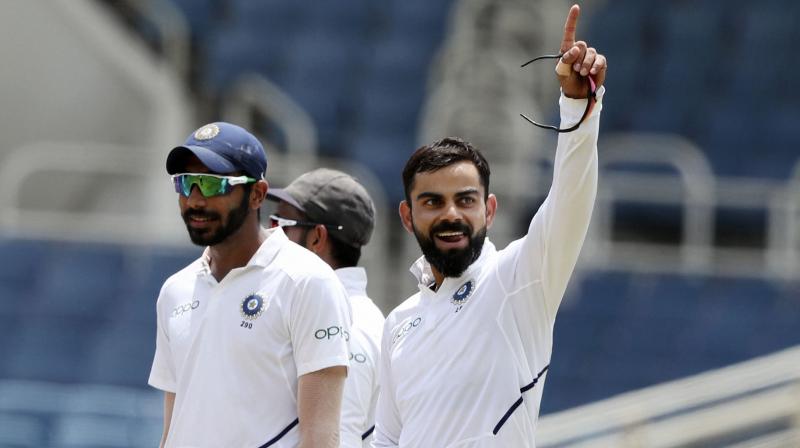 Virat Kohli became the second player to lead India in 50 Tests after Mahendra Singh Dhoni who was the skipper in 60 matches. (Photo: AP/PTI)

Pune: Leading the country for the 50th time in Tests, Indian captain Virat Kohli won the toss and opted to bat in the second match against South Africa here on Thursday.

India made one change from the playing eleven of the first Test in Visakhapatnam with pacer Umesh Yadav coming in place of batsman Hanuma Vihari.

India lead the three-match series 1-0 after their 203-run victory in Visakhapatnam in the first Test.

Kohli became the second player to lead India in 50 Tests after Mahendra Singh Dhoni who was the skipper in 60 matches.