Is KL Rahul's Test career coming to an end? 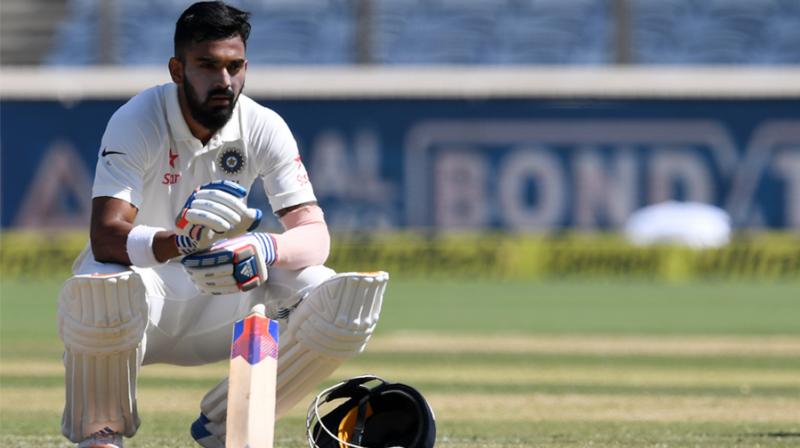 The fans too are getting frustrated by this no-show of his and demanding that he be replaced. (Photo: AFP)

Mumbai: Indian top-order batsman, KL Rahul, is a very important player for India in Tests. Born in Karnataka, the 27-year-old has performed for India at the highest level. His consistent accomplishments for the team earned him a stable place in the squad.

He was brought in as a replacement for the under-performing Rohit Sharma, back in 2014. And now, ironically, Rohit Sharma is the one who is being considered to replace Rahul over the latter’s runs drying up.

A technically gifted player, Rahul has played beautifully and scored centuries in Australia, England and West Indies. His ability to play across all the three formats makes him a vital player.

But, in recent times, he has been falling in quite a spot of bother due to on-field as well as off-field reasons. His Koffee with Karan controversy mixed with his inability to perform in Tests since 2018 has landed him in trouble. The selectors have shown a lot of faith in the KXIP opener by providing him many chances, but he couldn’t repay the selectors.

His last Test century was against England in August of last year. Ever since then the runs have stopped coming off Rahul’s bat. The performance was so bad that his career average of 44.62 slumped to 34.58.

The latest West Indies series, too, didn’t do him any good. In four innings he managed to score just 101 runs. If his 54 against Afghanistan and 149 vs England are removed, then his average since 2018 falls to a whopping 15.63.

The fans too are getting frustrated by this no-show of his and demanding that he be replaced. One option that has been suggested for the post of Indian opener is Rohit Sharma. The fans feel that 2019 World Cup’s top runs scorer Rohit Sharma should replace the KXIP opener. Former Indian cricketers Sourav Ganguly and VVS Laxman also have opined that Rohit Sharma should be given a chance to open in the Tests.

Sharma isn’t a regular in Tests for India due to his poor showing early on. That was the same reason why he was dropped as a Test opener and demoted to the middle-order. Sharma’s Test record at home is marvellous, having scored 769 runs in just nine matches which included three centuries at a stupendous average of 85.44. But, it is his overseas statistics which keeps him down. He has an average of just 26.72 and has scored only 816 runs in 18 Tests.

But, Rohit Sharma is probably in the best form of his life and not taking advantage of it would be an act of foolishness. Taking in Sharma as a middle-order batsman for Tests wouldn’t make sense because of the recently discovered gold-mine known as Hanuma Vihari. So, the only place left that can be modified is that of the opener.

But, taking in Sharma could be unfair to players that have been scoring massive runs in domestic cricket like Priyank Panchal, Faiz Fazal and Abhinav Mukund. All of them have performed exceptional for their team and they deserve a call-up. Prithvi Shaw, too, will be waiting on the sidelines for his ban to get over and join the squad.

If KL Rahul is selected for the upcoming Test series against South Africa, then he should play probably the best cricket of his life, for this chance could probably be his last shot at playing Test cricket.