Saturday's success was effectively sealed by James Anderson taking his Test-best figures of 7-42. 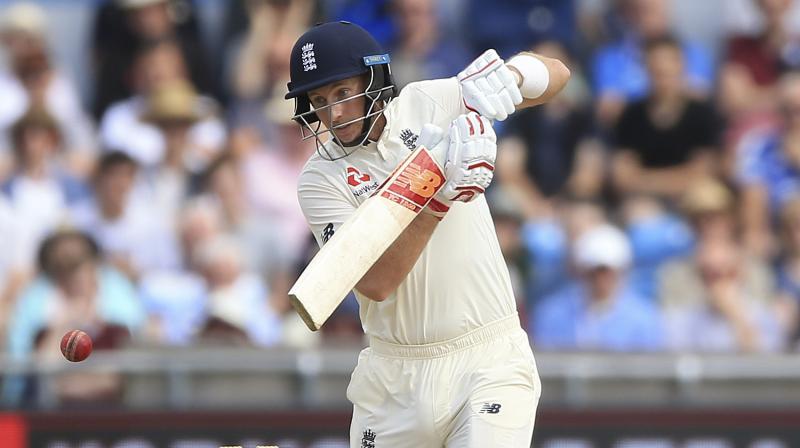 London: Joe Root believes England have the capacity to do "something special" by retaining the Ashes in Australia, after they wrapped up a 2-1 Test series victory against West Indies at Lord's.

A nine-wicket win inside three days at the 'home of cricket' meant England had won both of Root's first two series as captain following a preceding 3-1 home triumph over South Africa.

Saturday's success was effectively sealed by James Anderson taking his Test-best figures after all-rounder Ben Stokes starred with both ball and bat.

Having become the first Englishman and only sixth bowler to reach the milestone of 500 Test wickets on Friday, Anderson went on to record innings figures of seven for 42 in a West Indies total of 177 all out.

That left England requiring a mere 107 to win, with an unbroken partnership of 72 between Mark Stoneman and Tom Westley completing a comprehensive victory.

This was England's last Test before they begin the defence of the Ashes in Brisbane in November.

A series win in Australia would see star batsman Root join a select group of post-World War II England captains --Len Hutton, Ray Illingworth, Mike Brearley, Mike Gatting and Andrew Strauss -- to have led a side to Ashes glory Down Under.

"It has been great," said Root. "We've played some really good stuff this summer."
England, though, suffered second-Test defeats in both the South Africa and West Indies series.

"There were two difficult weeks, but what is most pleasing is the resilience and character to come back from both of those with two extra strong performances," said Root.

"That is great to see for what is going to be a very challenging winter."

However, doubts remain over whether opener Stoneman, number three Westley and number five Dawid Malan are the right men to fill their respective spots in a top order where the only 'nailed-on' places belong to Alastair Cook and Root himself.

"Plenty of challenges lie ahead -- but with those challenges come great opportunities," said Root.

"We should not be afraid of going over there (to Australia), performing at our best and (trying to) do something special. "We have all the attributes to go down there and put in a strong performance," he added.

Anderson, who starred in a 3-1 Ashes win in Australia in 2011/11, has long been regarded as ideally suited to swing- friendly English conditions and had an outstanding season with the 35-year-old Lancashire paceman taking 39 wickets in just seven Tests.

"Putting in his career-best figures shows he is still desperate to kick on and do more great things in this game," said Root.

"He is one of most skilful bowlers I have ever played with. "The control he has when the ball is doing a minimal amount, or when it is hooping around, is remarkable.

"This summer has been unreal for him, but I wouldn't say I'm surprised by how it has turned out."

For West Indies, whose attention now turns to the limited-overs leg of their tour, the highlight of the Test series was a five-wicket win at Headingley that squared things
up at 1-1 just days after they had suffered an innings thrashing at Edgbaston.

The Headingley match featured twin hundreds from Shai Hope -- his first centuries in Test cricket -- and the 23- year-old underlined his promise with two more impressive innings in difficult conditions at Lord's.

"I think we've got a lot to be proud of," said West Indies captain Jason Holder.
"Credit must go to our bowlers and obviously Shai was outstanding in this entire series, and Kraigg (Brathwaite) did a hell of a job too -- especially at Headingley."

But the catching by both sides was poor, with all-rounder Holder adding: "We let ourselves down by dropping quite a few chances and giving good players two opportunities to bat.

"In international cricket, they'll make you pay for that. "But I'm extremely proud, and can't fault the guys for their effort,” he added.