The bowler also faced some heat about a year ago when his estranged wife Hasin Jahan had accused the pacer of having an affair. 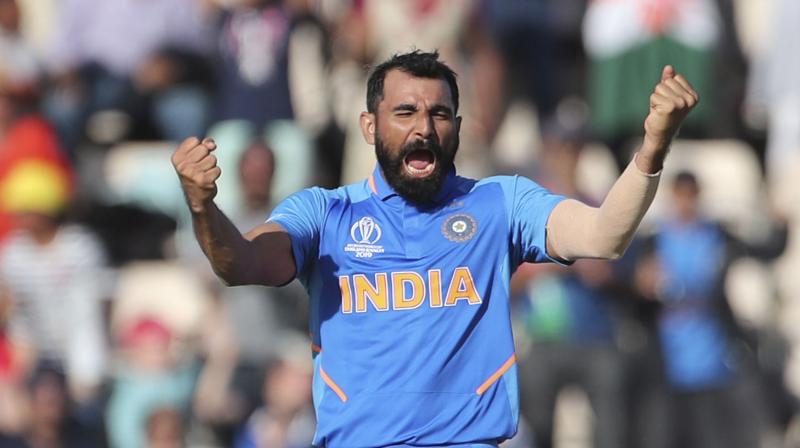 Mumbai: Mohammed Shami has been grabbing a lot of India’s headlines since he came on against Afghanistan and took a match winning hat-trick. However this time, the Indian pacer has found the spotlight for a rather contrasting reason as a woman by the name of Sophia has accused Shami of harassing her with multiple messages.

“Anyone wanna tell me why some random cricket player with 1.4m followers keep messaging me,” wrote Sophia in her tweet, attaching a screenshot of what looks like her Instagram inbox.

The screenshot displays an Instagram direct message from Shami’s official Instagram handle. He can be seen wishing the lady 'Good afternoon'.

The bowler also faced some heat about a year ago when his estranged wife Hasin Jahan had accused the pacer of having an affair. Though Shami had come clean from the accusation, he now seems to be caught in another mess-up with lady-luck.

Shami was also excluded surprisingly from the playing XI against New Zealand. This came as a shock to fans and experts alike, as Shami had been in stunning form through the world cup.

He was also rested in the last league game against Sri Lanka, which makes his exclusion against New Zealand even more shocking. Time will tell if this is just a strategic move to rest the pacer.