Sports   Cricket  10 Jul 2019  How many times has India's match been pushed to a reserve day?
Sports, Cricket

How many times has India's match been pushed to a reserve day?

Interestingly enough, it seems every time ICC has pushed a match to a reserve day, India is one of the two teams that suffers. 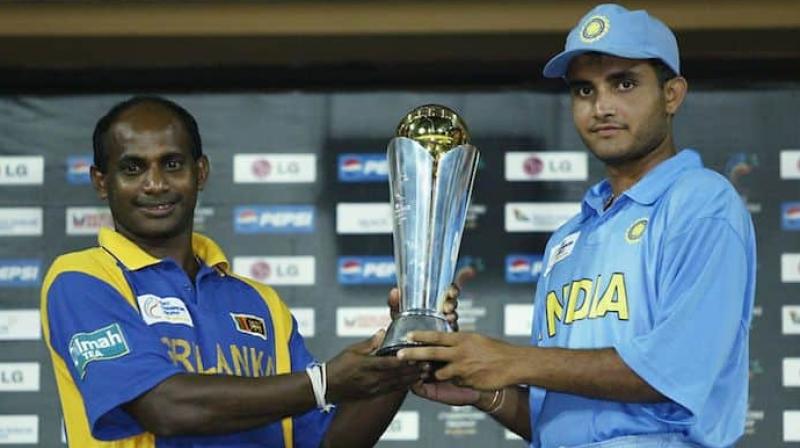 The tournament concluded with India and Sri Lanka being declared co-champions. (Photo: AFP)

Mumbai: The semi-final clash between India and New Zealand came to a sudden halt in the 47th over of the first innings when it started raining in Manchester on Tuesday July 9.

After waiting for hours and conducting a long inspection, coupled with a lasting discussion among the match officials, the match was called off and pushed to the reserve day, that is Wednesday, July 10.

This isn’t the first time matches have been pushed to reserve days. While league stage matches are just called off and finished as a ‘no-result’ awarding a point to each teams, crucial games like the semi-finals and finals are given a reserve day.

Interestingly enough, it seems every time ICC has pushed a match to a reserve day, India is one of the two teams that suffers.

A group-stage match between India and hosts England had been halted due to rain and was pushed to a reserve day. The Azharuddin-led team India had beaten England by 63 runs.

The final of the 2002 Champion’s Trophy was hit by rain in the second innings after Sri Lanka had scored 244 and India were 14 runs into the chase before rain halted the game and the match had to be called off for the day.

Starting fresh on the reserve day, Sri Lanka again posted a score of 222/7 in 50 overs. India made 38 runs in 8.4 overs when it started raining again and the match could not be taken forward.

The tournament concluded with India and Sri Lanka being declared co-champions and the prize money of USD 300,000 was split between the two teams.