The torrential rains are not just halting trains, but also the sporting activities in the city. 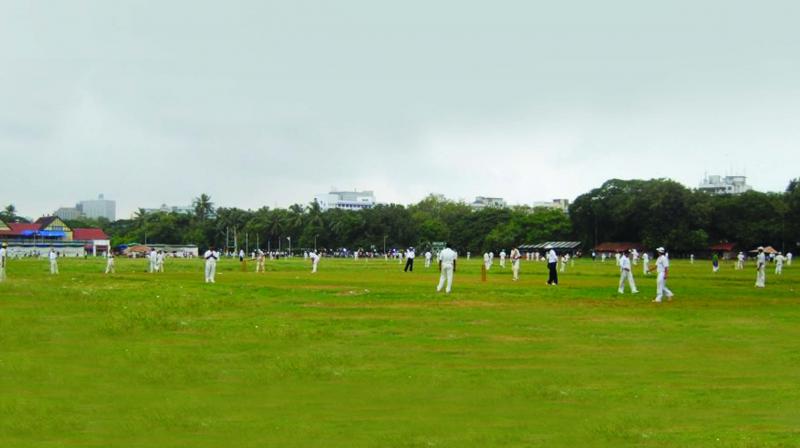 Owing to the rains, many sports activities across the city were either abandoned or witnessed a low turnout. (Photo: Twitter)

Every year, the city has at least  one or two rainy days which brings Mumbai to a standstill. The roads around the city are difficult to walk on; the railways are not entirely functioning at their best which is causing Mumbaikars to reschedule their events. On Sunday, the scenario was similar at various events. Owing to the rains, many sports activities across the city were either abandoned or witnessed a low turnout.

City’s one of its kind cricket competition, Kanga League that is held in monsoon, was washed out just a day before its first round. The games are played on rather unusual pitches and a  slender drizzle keeps it away from the club of regular cricket games. July 8 was when the first round of  games were to be played but the Mumbai Cricket Association (MCA) website announced that the matches were ‘washed out’.

This came as a disappointment for a few players who were eager to make a mark before the domestic season begins. There has been uncertainty in the MCA regarding the new coach’s appointment after Sameer Dighe resigned on June 8. After seeing only six applicants for the vacant post, Karsan Ghavri who chairs the Cricket Improvement Committee (CIC) made the decision to extend the dates.

Last year, Dighe was appointed on June 2 but this year has been a little unstable for MCA. Even the probable list for Ranji Trophy has not been announced yet. A couple of players eyed this as a chance to come in the limelight but rains lashed down on their expectations.

“We know that the rains are bad this year. It generally happens that the games get washed out but with the (probable) list not coming out, we thought that it could be a good chance to come in eyes of the selectors,” says Sumit Ghadigaonkar who scored two double centuries in Police Shield Tournament last season.

He scored the double tons for MIG Cricket Club while the Ranji season was underway, but the batsman was not called up. Ghadigaonkar is optimistic about the next Sunday when the second round will be played.

“If the matches happen next week and list is not out, there will be many who will be eager to get on the scoreboard somehow,” he says.

On the other hand, Mumbai Schools Sports Association (MSSA)’s football season is scheduled to start from July 18. The grounds have not been in the best of conditions because of the rain, although according to Sebastian Fernandes it will start on schedule only if the heaven simmers down soon.

“The rains came way before we expected,” he says. “For now, there is still a week but if it continues to rain like this, we might have to postpone the matches,” he says.