Famed for his exploits on the cricket field, Team India’s former captain is furthering his interest in agricultural fields 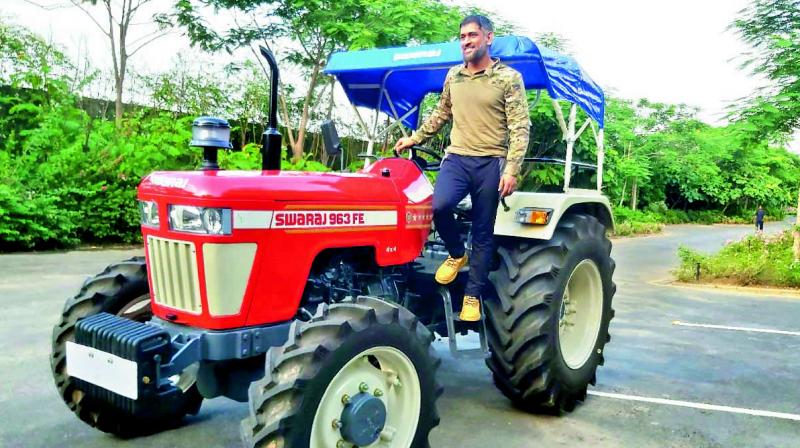 Former Indian cricket captain M.S. Dhoni is known for his love of cars and bikes. He has now added tractors to his list of passions.

Speaking from Ranchi on the telephone, he said, “We took the tractor to Dhoni’s seven-acre farmhouse first. Dhoni came to the gate and inspected it. We then took the vehicle to his larger farm.”

Deepankar explained that Dhoni had chosen not to come to the larger farm because whenever he goes out of his house, people gather to see him.
The vehicle costs `8,80,000, said Deepankar, adding that the order was placed on May 20, and it was delivered on June 2.

According to him, Dhoni has purchased the tractor to aid in his pursuit of organic farming.

The registration plate of the tractor has not yet been procured because the RTO offices are closed due to the lockdown, Deepankar said, clarifying that there had been no request for a specific vehicle number.

“Dhoni has several vehicles, but we are proud to have delivered his first tractor,” Deepankar said, adding that the master cricketer had shared that he was fond of two-wheelers, and during the lockdown, he was enjoying riding them with his daughter Ziva.