Bhuvneshwar was the pick of the India bowlers, taking 3 for 50 in his 10 over quota. 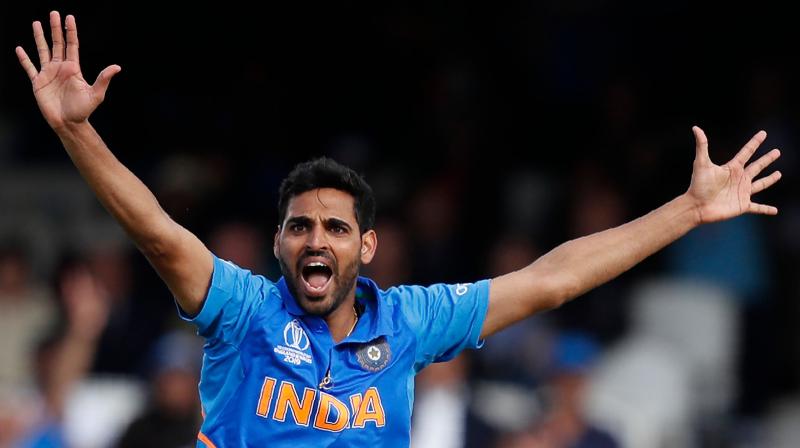 David Warner struggled during his 65 off 84 balls and Bhuvneshwar attributed it to proper planning by his team's bowlers. (Photo: AFP)

London: India seamer Bhuvneshwar Kumar feels his three-wicket haul in the 36-run win over Australia in a World Cup match here is a huge morale-booster for him as it came on a flat batting deck.

Bhuvneshwar was the pick of the India bowlers, taking 3 for 50 in his 10 over quota in India's win against the defending champions in their second World Cup game.

"This performance is very satisfying because if you look at the conditions, it is fully in favour of batsmen. There's nothing much for the bowler and managing to get them out on this wicket has been a good boost," Bhuvneshwar said during his interaction in the mixed zone after Sunday's match.

David Warner struggled during his 65 off 84 balls and Bhuvneshwar attributed it to proper planning by his team's bowlers.

"Since there wasn't much help from the wicket, we didn't wish to give them much room and we capitalised on it. That was our plan," he said.

The most important wicket was former skipper Steve Smith which effectively closed the game in India's favour, according to Bhuvneshwar.

"I bowled a slower one and he missed it. That's how I got the wicket. In fact, shuffling across to the off-stump is his strength and he gets maximum runs that way. This time he missed. He missed that ball and it was a good thing for us," he added.

The bowling unit was mentally prepared for a grind and the primary aim was to make life difficult for batsmen.

"The Oval has always been a good batting track and there's not much for the bowlers. We knew it would be a high-scoring match and we were mentally prepared. We just tried to make it difficult for the batsmen with slower balls and other variations," he concluded.