While Rohit Sharma made 57 runs, Shikhar Dhawan made 117 to win the man of the match. 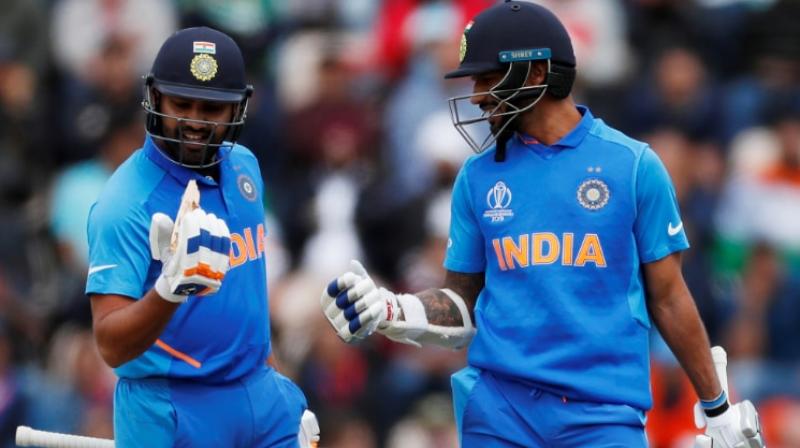 Mumbai: Following India’s triumph over Australia on June 9 at the Oval, batsmen Shikhar Dhawan and Rohit Sharma became the most successful opening pair of batsmen against the Australians.

The previous highest tally reached by openers against the kangaroos was when West Indies duo Gordon Greenidge and Desmond Haynes hit a mark of 1,152 runs.

Rohit and Dhawan crossed the figure in seven lesser innings than the West Indies pair. They also created the highest opening stand by India against Australia when they crossed 76 runs, breaking a record set earlier by the same pair in 2015.

While Rohit Sharma made 57 runs, Shikhar Dhawan made 117 to win the man of the match.