Needing to give Australia a flying start in pursuit of India’s 352-5 on Sunday, the 32-year-old scored a painfully slow 56 from 84 balls. 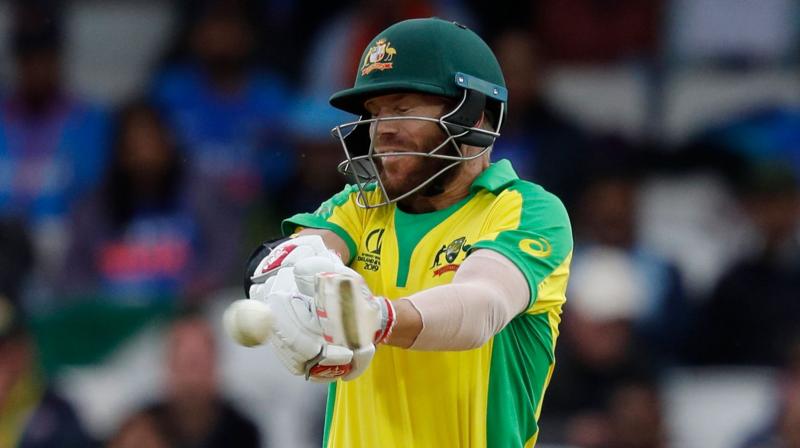 Australia fans used to watching David Warner give his side a blistering start in limited-overs cricket may be scratching their heads at the pedestrian rate the left-hander is scoring at in the Cricket World Cup.

Needing to give Australia a flying start in pursuit of India’s 352-5 on Sunday, the 32-year-old scored a painfully slow 56 from 84 balls and did not score a run for 14 deliveries at one point.

In Australia’s first game in Bristol against Afghanistan, arguably the weakest bowling unit at the tournament, Warner scored an unbeaten 89 to guide his side to an easy seven-wicket win.

However, he took 114 balls to accumulate the runs and only hit eight fours on a ground that has short straight and square boundaries.

Warner entered the World Cup having blazed his way to a competition-leading 692 runs in the Indian Premier League, but Australia captain Aaron Finch said he had not consciously decided to be more circumspect in the longer format.

“No, it hasn’t been a plan, a team plan or an individual plan for David,” Finch told reporters of Warner’s relatively slow scoring rate.

“I think they bowled really well early. They bowled nice and straight, back of the length, where the ball was just skidding quite low to start with.

“They just didn’t give us any width to get away or any length to really work with, either over the top or get a drive away.

“Their bowling plans were pretty simple but really effective on a wicket like that.”

India’s bowling coach Bharat Arun said they had developed a short-pitched bowling plan to Warner that would make him uncomfortable and not allow him to free his arms, something opening bowler Bhuvneshwar Kumar adhered to strictly on Sunday.

Warner scored only 22 from 44 balls in his opening 61-run stand with Finch.

While Kumar and Jasprit Bumrah restricted Warner at the top of the innings, Finch had special praise for India’s spinners Kuldeep Yadav and Yuzvendra Chahal, who dried up the runs in the middle of the innings.

“Their spinners probably had a bigger impact than what ours did,” Finch said.

“Well, they did have a bigger impact than what our spinners did, through the middle overs in particular where the ball was just starting to hold up.”