Sports   Cricket  10 Jun 2019  'Australia had batting options but it was few too many runs in the end': Carey
Sports, Cricket

'Australia had batting options but it was few too many runs in the end': Carey

Chasing a massive target of 353, Australia fell short by 36 runs after being dismissed for 316. 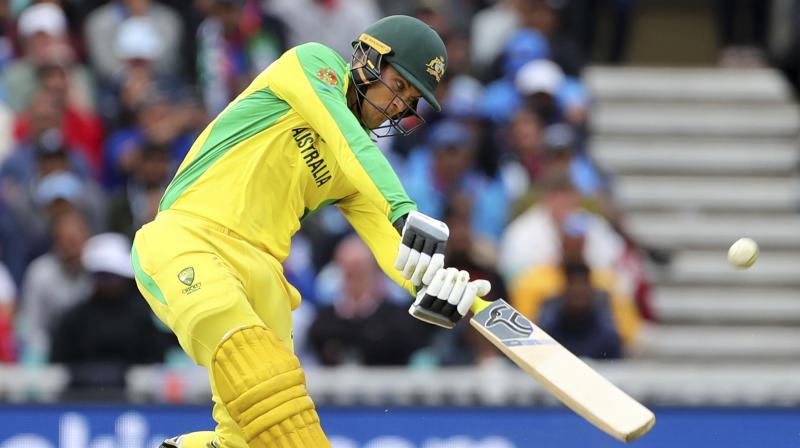 Australia needed 115 runs from the last 10 over and Carey, who came to bat at no. 7, said he still had hopes of chasing the total. (Photo: AP)

London: Australia have the depth in their batting to chase a big total but it proved "a few too many runs" in the end against India, said Australia wicket-keeper Alex Carey.

It was an unusually slow innings from opener Warner as he took 84 balls for his knock.

"We still backed the players out in the middle to get us there. If they've faced a few balls they have a better understanding of the situation. The deeper we take it, we trust our batters to soak up a few balls. They've done it in the past," Carey said.

"There are so many options but we trust the batters we have. We had a good shake at it but we were just chasing a few too many runs in the end."

Australia needed 115 runs from the last 10 over and Carey, who came to bat at no. 7, said he still had hopes of chasing the total.

"There was a job to do to go at 12 runs an over for the best part of 10 or 15 overs. It was more the state of the game that dictated the way I played. With guys like (Glenn) Maxwell and (Nathan) Coulter-Nile we still back ourselves to go out and do that. We lost a few wickets against a really good attack," he said.

"Bumrah and Kumar are really good finishers and unfortunately we fell short and didn't have that set batter like India did. Shikhar (Dhawan) played really well and the stats say if you get 120 you will win most games.

"It would have been nice to have one of our players in the top five who had 40 or 50 to go on and make a big score and win the game for us," said Carey.