Sports   Cricket  10 May 2019  'Smith has got his timing and class back': Aaron Finch
Sports, Cricket

'Smith has got his timing and class back': Aaron Finch

Finch is happy that both Smith and David Warner have done incredible work during their time off the field which is showing off. 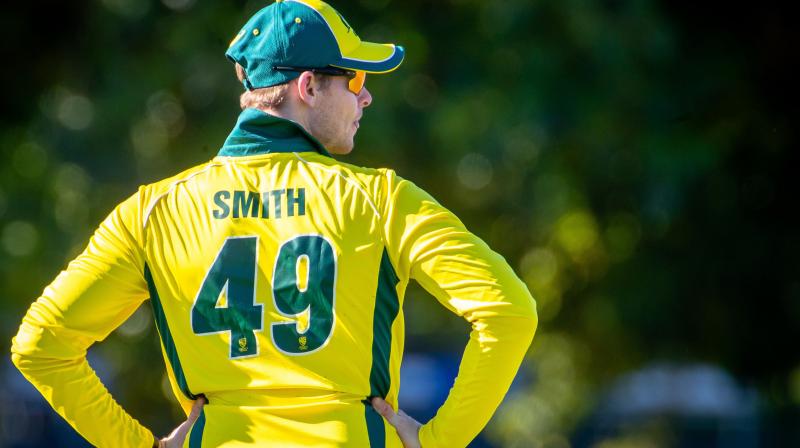 With the likes of Smith, Warner and Mitchell Starc in the line-up, the skipper is confident that they will regain the trophy. (Photo: AFP)

Melbourne: Steve Smith's "timing and class" is back and it seems that he had never left the Australian set-up, skipper Aaron Finch said Friday as the national team gears up for the World Cup on a war-footing.

Back after a year's suspension for his involvement in the ball-tampering scandal, Smith was scratchy during Indian Premier League but found his mojo back with unbeaten 89 and 91 against New Zealand in two warm-up games.

"His [Smith] timing and the class was back again," Finch was quoted as saying by ESPN Cricinfo.

"It was like he hadn't left. His drives down the ground on a really difficult wicket to time off the front foot was so impressive, just the amount of time he spent in the middle and how he went through the gears was very impressive," Australian skipper said.

Finch is happy that both Smith and David Warner have done incredible work during their time off the field which is showing off. Warner finished his IPL campaign with 692 runs.

"They are two of the best players in the world which is valuable to have at your disposal. The boys have been brilliant, all the work off the field with the team has been great. It's an interesting time, no doubt when they are coming back in but still a great opportunity for everyone to learn off them as well. They have so much experience and what they bring to the group is really valuable."

With the likes of Smith, Warner and Mitchell Starc in the line-up, the skipper is confident that they will regain the trophy as most of them know what it takes to win one.

"You have to be at your best at the business end but you can't afford to let anything slip at the start. Six guys, who have been there (2015) and done that will give a lot of experience to the others of what to expect, what to feel walking out there because it is different," he said.