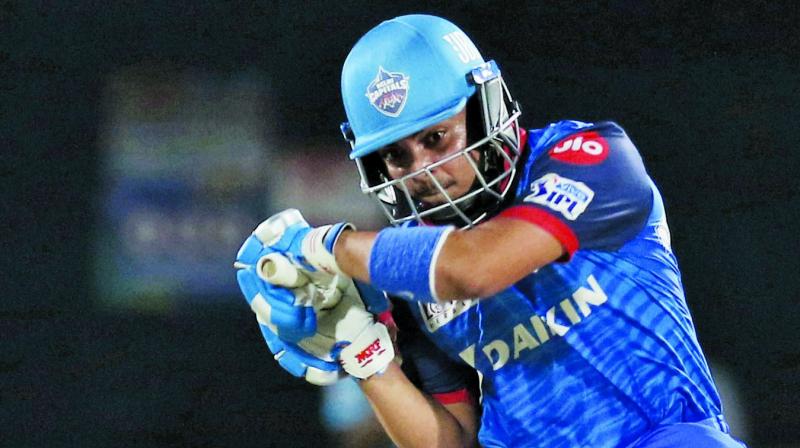 Prithvi Shaw just played in the initial part of the inaugural T20 Mumbai League last season, but he will have greater role to play this year. The 19-year-old will lead the North Mumbai Panthers. Ajinkya Rahane led the side last season, but he has skipped the second edition as he will feature for English County side Hampshire.

Shaw missed bulk of the tournament last year, as he was part of Rest of India in the Irani Cup match against Ranji Trophy Champions Vidarbha in Nagpur.

His prospective opening partnership with Rahane was the top talk before the tournament but it didn’t last long before Shaw had to go Nagpur and Panthers couldn’t qualify for the playoffs, ending fifth in the six-team league. Shaw has led Indian U-19 team to ICC World Cup title last year and leadership role is nothing new for the youngster from Santacruz. He earned Indian senior team Test cap last year and scored a ton on debut against West Indies.

He played for Delhi Capitals under Mumbai team-mate Shreyas Iyer and played a huge role in leading Capitals to first ever knock-out win in IPL Eliminator on Wednesday. Shaw smashed 38-ball 56 to star in tricky chase of 162 before his team mate Rishabh Pant played a late cameo to help his side go through against Sunrisers Hyderabad in Vizag. Shaw had sole fifty prior to that knock and it was breathtaking 99 against Kolkata Knight Riders. Barring those two knocks, Shaw otherwise had a quiet IPL by his standards, scoring 348 runs in 15 matches so far at an average of 23.20.

“T20 Mumbai league started with the aim of bringing the best local cricket talent of Mumbai. We are very thrilled to be a part of the second season for T20 Mumbai League, and we are looking at finding some truly spectacular local cricket heroes in Mumbai,” Team Co-owners Rajdip and Sandip Gupta, said.

“North Mumbai Panthers have sharpest players in the team like Captain Prithvi Shaw, Sairaj Patil, Yashasvi Jaiswal, Pravin Tambe, Sumeet Dhekale among others. We are looking forward for an exciting tournament,” they added.

This year, the tournament sans Rahane and Rohit Sharma who is the vice captain of Indian cricket team and will be busy with ICC World Cup preparations after IPL, has eight franchises. Aakash Tigers MWS and Eagle Thane Strikers are the new franchises. Tigers have players like Dhawal Kulkarni, Arjun Tendulkar, Kaustubh Pawar and Shams Mulani.

Tare, Thakur and Kulkarni missed the tournament last year due to injuries while Sarafraz who was serving one year cooling off period after playing for Uttar Pradesh in domestic cricket, will also make his debut alongwith Arjun.