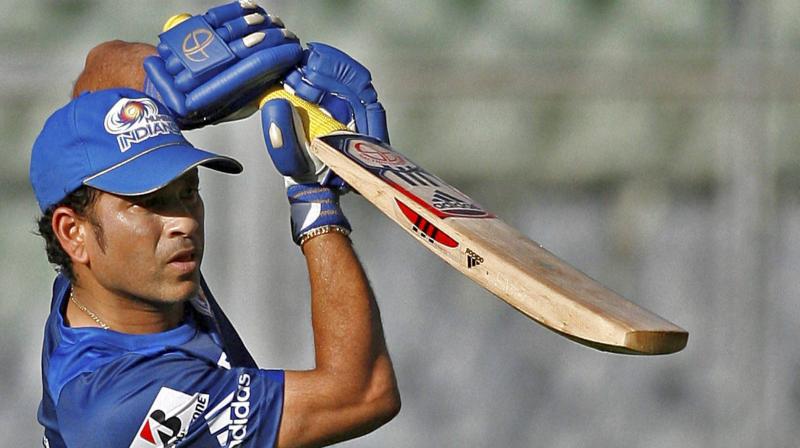 IN A LEAGUE OF HIS OWN: Sachin Tendulkar. PTI Photo

Melbourne: Former Australian captain Michael Clarke feels Virat Kohli's fetish for big hundreds is similar to the iconic Sachin Tendulkar, who was the "hardest to get out" with a technique which "didn't have a weakness".

Clarke said he can't recall a batsman as complete as Tendulkar during his playing days.

"Probably technically the best batsman (Tendulkar) I ever saw. The hardest batsman to get out. I think Sachin, technically, didn't have a weakness. Part of you hoped that he made a mistake," Clarke told the 'Big sports Breakfast' radio show.

He then went on to heap praise on Kohli, calling him the best batsman across all formats among the current lot.

"I think right now the best batsman across all three formats. His one day and twenty-twenty records are phenomenal and he's also found a way to dominate Test cricket.

"What Kohli and Tendulkar have in common is they love making big hundreds," he said.

Tendulkar is the only cricketer to have played 200 Test matches and scored 100 international centuries.

He retired in 2013 after an emotional home Test series against the West Indies.