Khawaja, who is averaging 51, along with his captain, Finch stitched a 193-run partnership together for the opening stand. 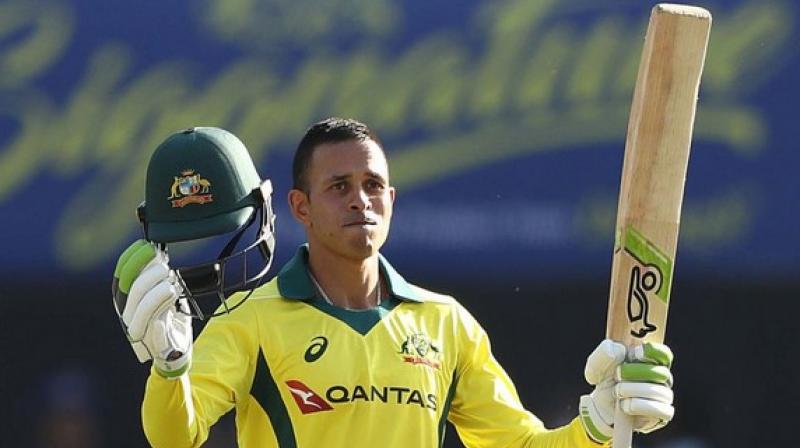 Aaron Finch, Australia captain, and returning batsman David Warner have had one of the most successful first-wicket partnerships. (Photo: ANI)

Melbourne: Batsman Usman Khawaja has pushed his case for the upcoming 50-over World Cup, leaving Australia's selectors in dilemma with his maiden ODI ton against India in the third one-day international.

Khawaja's knock of 104 laid the foundation for his side's match-winning total of 313 for five to keep Australia alive 1-2 in the five-match series against India.

Australia's selectors will have to make a tough decision while picking their batting line-up for the World Cup, where Australia will start their campaign against Afghanistan on June 1 in Bristol.

Aaron Finch, Australia captain, and returning batsman David Warner have had one of the most successful first-wicket partnerships. The duo was openers in the 2015 World Cup triumph.

"Any time you are tossing up leaving out really good players and guys in good form it is always a great position to be in. When you are trying to find guys and shuffle guys to fill spots that is when you are struggling a bit. 'Uzzie' (Khawaja) has been in great nick, he is a class player, so all that stuff will be talked about no doubt," Cricket Australia quoted Finch, as saying.

Khawaja, who is averaging 51, along with his captain stitched a 193-run partnership together for the opening stand.

"He (Khawaja) played an exceptional knock; the way he got us off to a quick start, reined it back in and got through a few difficult periods where they (India) bowled really from about 15th to 25th over, they bowled really well and made scoring tough. So he was absolutely crucial in that partnership, to really make sure we kept it going and kept motoring along," Finch said.