India’s defeat in the T20 series too was primarily because the batsmen failed to deliver. 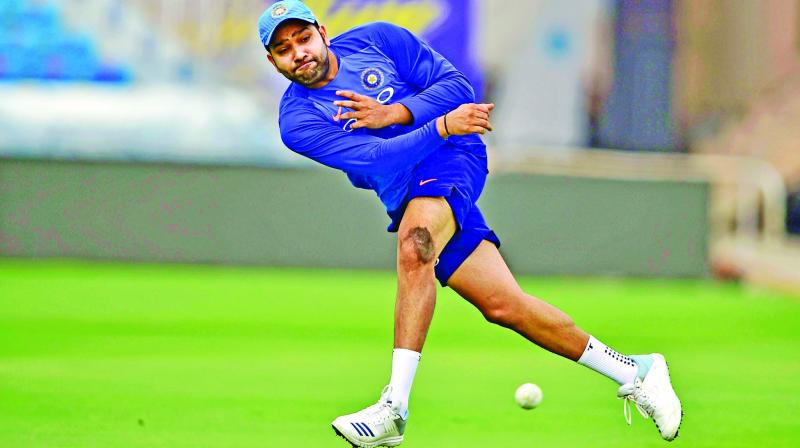 India’s batting so far in the ongoing series against Australia has been well short of the standard or consistency expected. Barring Virat Kohli, who’s been in magnificent touch, the top order has not lived up to potential, raising many questions.

With the World Cup less than three months away, and only three more ODIs to be played till the tournament begins, this will keep the selectors and team management on tenterhooks.

India’s defeat in the T20 series too was primarily because the batsmen failed to deliver. And while the score-line in the ongoing ODI series reads 2-1 in India’s favour currently, the batting is still struggling.

If anything, the problem has probably become graver. The frenetic pace of T20 allows little time for batsmen to settle in. The format is driven by high risk, which makes it difficult for off colour batsmen to regain form quickly, so there is some excuse.

The one-day game affords far more opportunity for batsmen to rediscover rhythm, build an innings with selective strokeplay rather than throw caution to the winds and hurl the bat at everything.

The two formats are obviously different and I am loath to use performance in one as yardstick for the other. The reason why I am doing this is to highlight that India share more or less the same top order in both formats, making the problem acute.

Having established a psychological ascendancy over the Australians when they toured Down Under — and with the visiting team still weak in the absence of Steve Smith and David Warner — India were expected to roll over the opposition.

That hasn’t quite happened. The advantage that India holds currently in the series is slender. The Aussies — who have myriad problems of their own — have looked more determined, but more importantly, their performances have shown all round balance.

That hasn’t been the case with India where the bowling’s been splendid, but the batting — considered the team’s strong suit not too long back — has looked unconvincing, wobbly and vulnerable.

Kohli — with two successive centuries — has oozed brilliance in the time he has spent in the middle. But his success also puts the spotlight on how the others are struggling in the same conditions against the same bowlers.

The Indian captain is unanimously regarded as the world’s best in the game today. To compare any other batsman with him would be unfair. But it is only fair to expect other batsmen to live up to their own potential and meet the demands of the team.

On paper, India’s batting is formidable. Rohit Sharma and Shikhar Dhawan — till the recent slump, particularly where the latter is concerned — were rated as the best opening pair in ODI. Now some doubts have arisen.

Likewise, the inconsistency of Ambati Rayudu, M.S. Dhoni, Kedar Jadhav, Dinesh Karthik (who lost his place for this series), Rishabh Pant and K.L. Rahul (he was splendid in the T20s, but is yet to be tried in ODIs) makes the batting look brittle.

With so few matches remaining, this muddies the calculations of the selectors, coach Ravi Shastri and captain Kohli who must already be working on plans for the World Cup based on what the team composition would be.

Till a couple of months back, it was believed that India’s batting slots for the World Cup had all been filled up, barring perhaps one. I don’t think that will have changed drastically, but some alarm bells have surely started ringing.

Fact is that India’s successes in ODIs the past year-odd have largely come through a clutch of wicket-taking bowlers — pace and spin — which has obscured the lack of consistency in the batting.

While it is true that Bumrah, Shami, Kuldeep and Chahal have shown little proficiency with the bat, which does handicap the team to an extent, that does not mitigate the need for more runs from the top order.

The primary task of bowlers is to take wickets, which Bumrah & Co. are doing splendidly. It is batsmen who are flagging in their primary role. There’s a great deal for the top order to prove in the remaining matches.