Players are conscious that they could make history

The ODI series wins against Australia and New Zealand have enormous significance too considering that the World Cup starts in a few months. 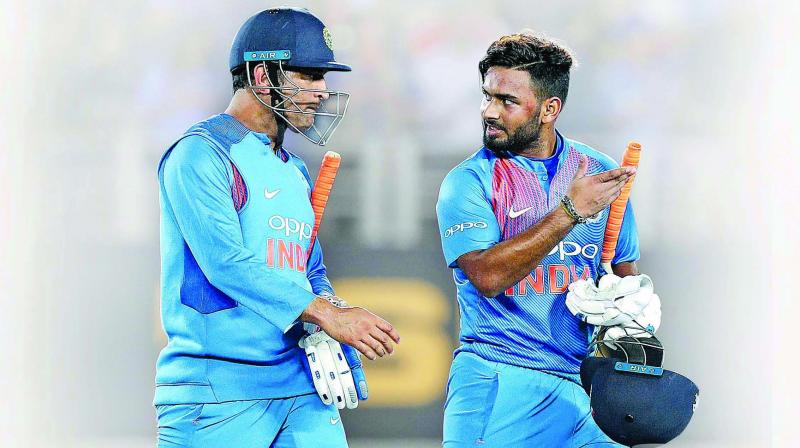 India are on the cusp of completing an unprecedentedly successful tour Down Under if they beat New Zealand in the final T20 match and clinch the series.

Barring the T20 series against Australia, which was marred by inclement weather, the team(s) have triumphed in all other contests in the past three months. Going by the flawless performance in the second T20 match against New Zealand, clearly the players are conscious that they could make history.

In pecking order, winning the Border-Gavaskar Test rubber obviously takes prime position. India had never beaten Australia in an away series, which had agonized players and fans for 71 years.

True, the Australians were not at full strength this time. But the obstacle for India was more psychological than technical or in terms of talent. Now that this mental block has been overcome, teams touring Australia in future will be far more confident of wins

The ODI series wins against Australia and New Zealand have enormous significance too considering that the World Cup starts in a few months. This holds true for every team, so there were no freebies.

As it is, in limited overs cricket format the difference between teams gets narrowed down from the five-day game. The shorter the match, the more level the playing field which is why new teams like Afghanistan and Ireland, while struggling in Tests, can surprise the best in T20. What impressed most about India’s ODI wins in Australia and particularly New Zealand who have a daunting record at home was not just the margin of victories, but also how the team played.

Threatening situations in many matches were stymied by players who rose to the occasion, individually or collectively. This suggests a side primed to win, physically, mentally and tactically.

A pivotal factor in this obviously stems from competitive urge. Players and teams take the field to win. If there is ambivalence in this thought process, the results can be disastrous, as is highlighted in sport every so often.

The second is pertinent in the current context. There is raging internecine contest for places in the World Cup squad. With players striving to make their mark, this has also helped the team performance soar. From a group of about 25 players in the short list, only 15 can make the cut. Before this tour began, there were only 4-5 certainties. Now one can count 12-13. Yet things could still change in the remaining five ODI matches against Australia starting in a fortnight.

Given the abundance of talent in Indian cricket currently, the task of the selectors and team management hasn’t been easy. It could get even tougher as the days to the World Cup wind down. Perhaps the most important factor in the overall success of the team across formats is that the campaign Down Under was better planned than say in South Africa and England, the other overseas tours in the previous year.

This was particularly true of the Tests against Australia. The talent pool for all three tours was pretty much the same. What changed in Australia was perspective. After the setbacks in South Africa and England, there was acceptance that matches can’t be won on bravado alone.

Lessons had been well learnt. The tactics in Australia were sharper. What made the difference was how quickly the batsmen and bowlers adapted to the conditions so as not to be unsettled in the early part of the series, always the bane for touring teams of the past. Most importantly the players showed greater resolve, highlighted in the batting where players like Pujara and even Kohli — otherwise an aggressive strokeplayer — were prepared to grind out the runs and frustrate the home team.  This form and approach was carried forward into the limited over series too. Winning in sport is an acquired habit. This only develops when players come to relish it.

Rankings give an indication of a team’s worth, but this can often be misleading. For instance, a glut of home wins can skew the rankings in a team’s favour. The real evidence of supremacy is only when a team does this consistently.

India look to be bridging the gap between a good team and a champion side.