Spinners to play a big role in series against India: Pat Cummins

The series begins in Mumbai on Jan 14, followed by 2nd and 3rd match in Rajkot on Jan 17 and Bengaluru on Jan 19 respectively. 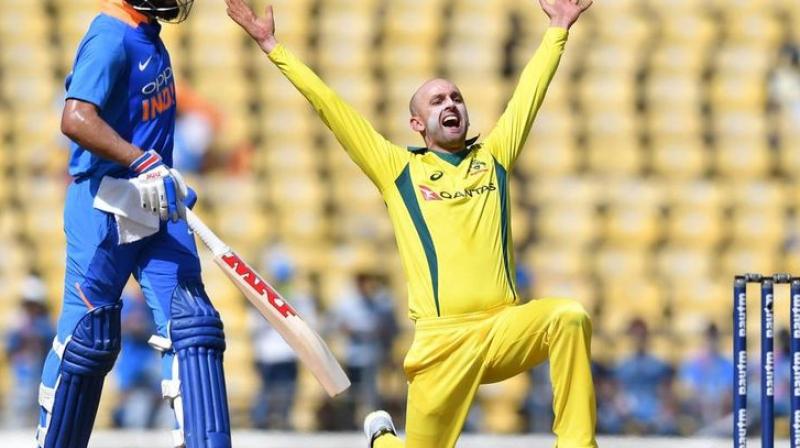 Australian pace spearhead Pat Cummins expects spinners of his team like Nathan Lyon to play a bigger role in the ODI series against India even though he is not expecting dust-bowls during a limited-overs assignment. (Photo:AFP)

Sydney: Australian pace spearhead Pat Cummins expects spinners of his team to play a bigger role in the ODI series against India even though he is not expecting dust-bowls during a limited-overs assignment.

The series begins in Mumbai on January 14, followed by the second and third match in Rajkot on January 17 and Bengaluru on January 19 respectively.

"I think spinners play a bigger part in India than they do around the world but it's rare you get a big spinning dust bowl for a one day international," Cummins told reporters ahead of Australia's departure.

Australia made a brilliant comeback to win the five-match ODI series 3-2 in India last year after trailing 0-2.

"Last series I think we played two spinners, they also played two so they are certainly important, especially in the middle overs," Cummins said.

Talking about the tracks in India, the 26-year-old Cummins said the ball gets softer as the game progresses which makes it easier to bowl as compared to other countries.

But playing in smaller, faster fields come with their own set of challenges.

"Up front there's always a little bit in it with a new ball like anywhere else in the world. But then after that I actually feel that the ball gets probably a little bit softer and chewed up more over there than it does in other parts of the world which makes it a little bit easier sometimes bowling with a bit of a softer ball."

"But it's just a different challenge, the fields there are a lot smaller and faster than here in Australia, the wickets aren't as pacey and bouncy but it's the same format just a slightly different beast," he added.