Three days into the Test series, what’s impressed me most is India’s resilience. 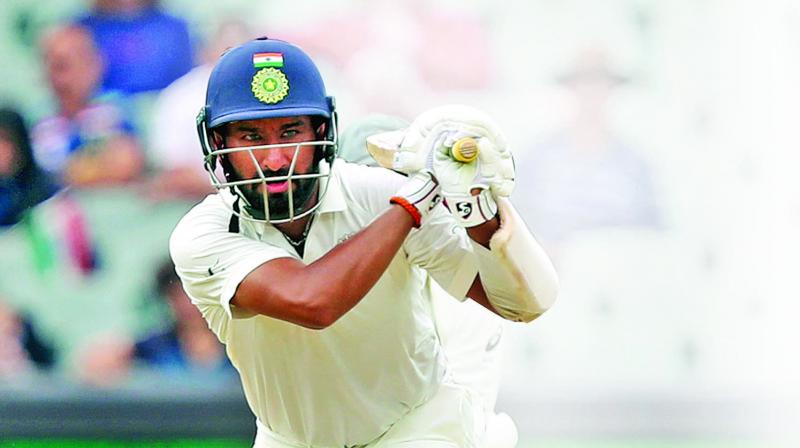 Three days into the Test series, what’s impressed me most is India’s resilience. After being bowled out for a paltry 250, to take a 15-run first innings lead and then build on this in the second innings showed capacity and willingness to fight back.

The lead was nominal in literal value, but had enormous psychological importance, as play on Saturday was to show. India’s batsmen, learning quickly from first innings errors, had stretched the lead to 166 and put Australia under severe pressure.

The second aspect is crucial in the context of how India have performed overseas this year. While the bowlers were magnificent in South Africa and England too, India’s batting had been pusillanimous, lacking in  strength of character.

The main run contributor — by a huge margin I might add — had been Virat Kohli, who lacked support from the top order had led to all kinds of problems for the team.

This time, Kohli’s contribution was relatively meagre, but Cheteshwar Pujara came up with a gem of a century to pull India’s chestnuts out of the woods in the first innings and has held the innings together in the second too going into the fourth day.

That this is a weak Australian team is undoubtedly true. Without Smith and Warner the batting is fragile. None in the current line-up has a record to match these two or are is in the same class.

Yet it must be remembered that playing at home Australia have never been pushovers, whatever the quality of players/team available. The Indians, particularly, would know this from history.

In 1977-78, for instance, Australian cricket was ravaged by the Kerry Packer circus and left with a clutch of young and untested players for the series against India led by Bishan Singh Bedi.

The only known faces were skipper Bobby Simpson, who at 42 was called out of retirement to help Australia tide over the crisis, and Jeff Thomson who had opted out of the Packer Series.

India on the other hand were at full strength with Bedi, Chandra, Prasanna, Gavaskar, Vishwanath, Amarnath, Vengsarkar, Kirmani and expectations were high for a series win.

It wasn’t to be. That five-Test rubber was one of the keenest and most entertaining among the two countries, Australia finally prevailing 3-2 in a ding-dong battle that had fans in thrall.

Similarly, in 1985-86, Australian cricket again in a crisis with the simultaneous retirement of Greg Chappell, Rod Marsh, Dennis Lillee and Kim Hughes stepping down as captain. But Allan Border led a team of rookies to thwart the ambitions of Kapil Dev’s powerful Indian side.

Then in 2003-04, Australia were hamstrung by injuries to main wicket-takers Glen McGrath and Shane Warne (though the batting was at its strongest), and the series was squared 1-1.

Point I’m trying to make in this lengthy digression is that it is never easy to beat Australia in Australia: indeed, for India this has been so difficult that they have never won a series Down Under since the start of the rivalry in 1947-48!

India being bowled out for 250 in the first innings at Adelaide after winning an important toss, therefore, seemed ominous. Weak batting line-up notwithstanding, Australia’s bowling in the current contest is top class and the portents weren’t encouraging.

What caused India’s collapse in the first innings? I think it was a predetermined, bull-headed mindset to show ‘positive intent’, without the batsmen settling down to gauge the pitch, conditions, bowling.

Six of the top seven batsmen were out trying to dominate the bowling from the word go. Only Pujara showed the application and good sense to ‘settle in’ before looking to score runs. From 41/4 to 250 was monumental recovery so to speak. Thanks to Pujara’s virtuosity, India’s bowlers had some total to defend, which they did superbly, sharing the spoils.

More critically, India’s top order showed a hitherto unseen degree of maturity and commitment to take charge of the match. False bravado was eschewed in favour of diligent hard work.

Where the Test is headed should be clearer by the time you read this newspaper on Sunday. Of course, cricket is a funny game, one brief session of play can turn things topsy-turvy.

But I reckon if India’s batsmen can bat out two sessions and swell the lead to 300-325, they would put the team in a strong position to win this match. And from there aim to rewrite history.