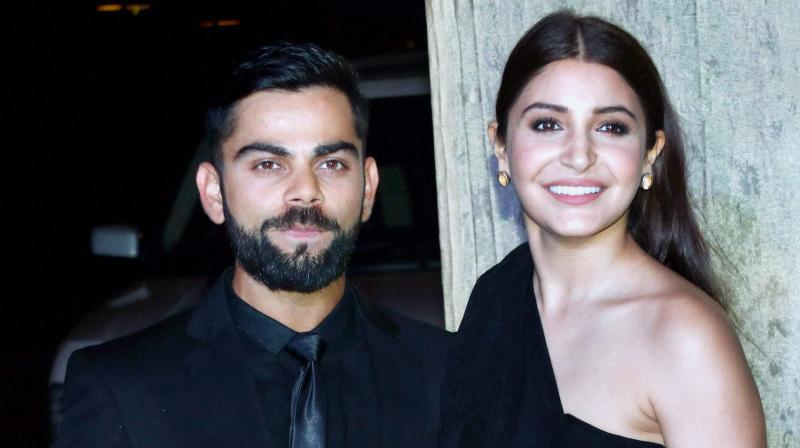 While Anushka Sharma's spokesperson has denied the reports the Bollywood actress tying the knot with Team India skipper Virat Kohli next week in Italy, the speculation of marriage refuses to die down. (Photo: PTI)

Mumbai: While Anushka Sharma's spokesperson has denied the reports the Bollywood actress tying the knot with Team India skipper Virat Kohli next week in Italy, the speculation of marriage refuses to die down as it is now learnt that a luxury hotel in Milan will host the marriage.

The photos of Anushka's family, accompanied by a priest and Virat's family and friends at the Mumbai and New Delhi airport have added more fuel to the story.

It is also reported Sachin Tendulkar and Yuvraj Singh are the only two cricketers who are being invited for the marriage. Virat's childhood coach Rajkumar Sharma is also believed to be attending the wedding.

“Not many people have been invited, as it is a really small function. Just close ones are invited, Virat’s childhood friends and few of our family members. From cricket fraternity, only Sachin and Yuvraj will be seen, if they make it to the wedding. And of course, Virat’s coach Rajkumar Sharma who once taught him. There were others too but they can’t make it for the day,” said a MensXP report.

“Everything was decided almost 3-4 months ago. The priest picked up the December wedding and they wanted to keep it low key. Both the families sat together and laid down the plan of how they want to do it,” the report added.

Considering, India will be involved in the three-match ODI series and three Twenty20s against Sri Lanka, it will not be possible for the star-studded Indian team to attend the wedding.

It is reported that the two will tie the knot either on December 12 or December 18 and then hosts a grand reception in Mumbai on their arrival from Europe and before the Indian team leaves for South Africa for a gruelling series, consisting of three Tests, six ODIs and three Twenty20s. Anushka has applied for a visa and expected to join Virat in South Africa during India's tour.

“The invitations have gone out to close friends and family. Only a few of Virat’s friends from Delhi have been invited – one is his childhood buddy, who used to play league cricket with him, and the other, who has been advising him on his fitness,” a source was quoted as saying by Bombay Times.

“The couple has booked a SoBo five-star hotel for their reception on December 21 in Mumbai.”