Rohit put on a magnificent show against the visitors in Rajkot for the second T20I match. 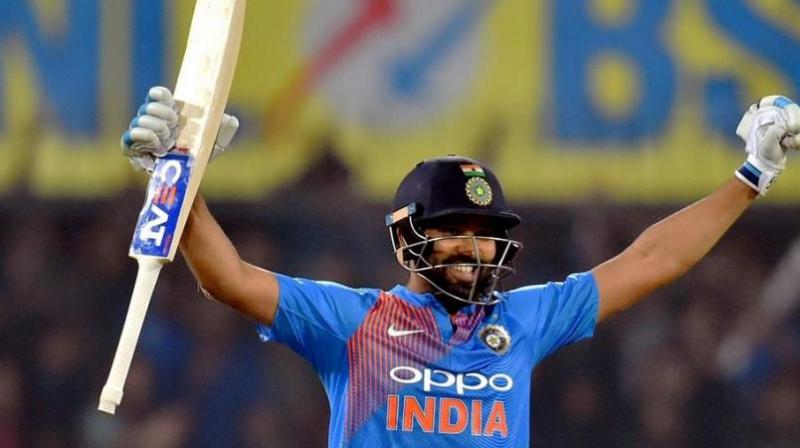 Mumbai: India’s stand-in captain for the T20 series against Bangladesh, Rohit Sharma, put on a magnificent show against the visitors in Rajkot for the second T20I match. His 85-run innings eviscerated Bangladesh to give India an 8-wicket win.

The hitman smashed six sixes on his way to 85. This took his overall tally of sixes to 398 across all formats. He has hit 232 sixes in ODIs, 51 in Tests and 115 in T20Is so far. He needs just two more sixes to join the elite club of players like Shahid Afridi and Chris Gayle who have managed to hit more than 400 sixes in their career. Afridi has 476 sixes and Gayle has 534 sixes overall.

During an interaction with Yuzvendra Chahal after the 2nd T20I match, Rohit had revealed his secret behind hitting big sixes. He said, “When I hit three consecutive sixes, I tried to go for six maximums. But when I missed the fourth one, I decided I will take singles. You don’t need a huge body and muscles to hit big sixes. Even you (Chahal) can hit sixes. Power is not the only thing you need to hit sixes, you need timing as well. The ball should hit the middle of the bat and your head should be still. So, there are a number of things you need in order to hit a six.”