Rohit feels Chahal's ability to outthink the batsman is what makes him different from others. 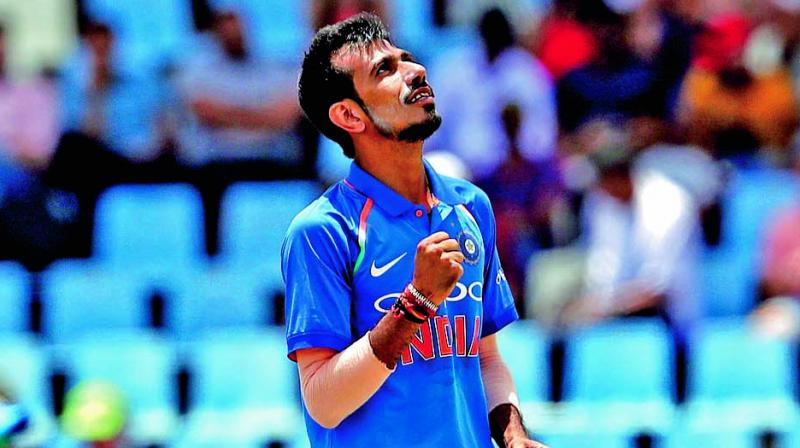 Nagpur: The returning Yuzvendra Chahal has once again proved his worth in the middle overs, India's stand-in captain Rohit Sharma said on Saturday and lauded the leg-spinner's ability to outthink batsmen.

Chahal and Kuldeep Yadav were left out of the T20 series against the West Indies and South Africa after the 50-over World Cup. The selectors did not pick them as they wanted to try out some fringe players ahead of the T20 World Cup next year.

While Chahal has made a successful comeback with a stellar showing against Bangladesh, Kuldeep is waiting his opportunity.

"This is a very, very new unit. But Chahal, for the last two years has been extremely consistent with how he has performed in white ball cricket. Even in the ODI format, he has done extremely well for us," said Rohit ahead of the series decider against Bangladesh here on Saturday.

"He bowled well in the IPL, and then his performance got recognised and he was picked for the Indian team in the ODI format. Since then, he's been one of the important members of the squad, and he's proved that in this series, how important he can be in the middle overs."

Rohit feels Chahal's ability to outthink the batsman is what makes him different from others. The leggie took two crucial wickets in the same over in Rajkot, Mushfiqur Rahim and Soumya Sarkar, to put the brakes on Bangladesh's scoring rate.

"If you have that in this format, you will definitely succeed. He's bowled well in the middle overs and even in the PowerPlay. He's not afraid to bowl even at the end. I used him in the 18th over as well and he bowled pretty well in that over as well. He gives us so much flexibility," said Rohit.

Bangladesh coach Russell Domingo said his team will be looking to put the inexperienced Indian attack under pressure on Sunday. Rohit, too, acknowledges that his bowlers are inexperienced but "there can't be a better stage to learn".

"Yes, they are slightly inexperienced. This is the right time for them to learn. We always say you should play domestic cricket and learn. But I feel that till you play international cricket, you won't know where you stand as a bowler. This is a very good challenge for the whole bowling group," said Rohit.

He also said that he was not disappointed at missing out on a hundred in his 100th match.

"I was not looking to score a hundred, I was looking to win the game. Really happy about that."

Rohit is expecting a sporting wicket for the series decider.

"Nagpur generally is a very good track to play cricket actually. It assists the bowlers also if you are bowling in the right channels. Even the Rajkot pitch there was something in there for the bowlers. Our spinners especially were getting a lot of turn. The pitch doesn't matter if you have skills and variations in your armoury."