The duo were produced before a local court on Friday which granted their seven-day CCB custody till November 13. 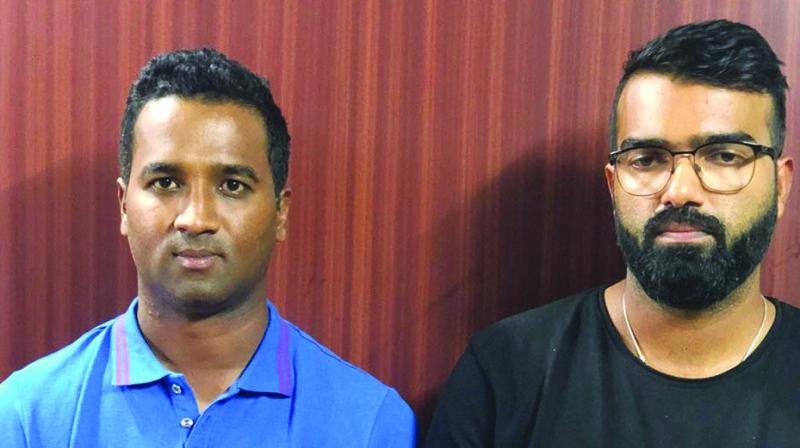 C.M. Gautam and Abrar Kazi in this photo.

The CCB is interrogating cricketers C.M. Gautam and Abrar Kazi, who were arrested on Thursday for their alleged role in spot-fixing in the recently concluded Karnataka Premier League (KPL).

The duo were produced before a local court on Friday which granted their seven-day CCB custody till November 13.

DCP (CCB) Kuldeep Kumar R. Jain told this newspaper that they suspect the involvement of more players as they believe that one of the cricketers influenced others to accept money from bookies for spot-fixing the matches.

Gautam and Kazi were reportedly involved in spot-fixing during the KPL final this year between Hubli Tigers and Bellary Tuskers, which Hubli Tigers won by eight runs.

While Gautam was allegedly paid `20 lakh for batting slow, Kazi was given `5 lakh for ceding more runs. The two were also reportedly involved in fixing another match against Bengaluru Blasters, Joint Commissioner (Crime) Sandeep Patil had said after their arrest.

Meanwhile, KSCA suspended Gautam and Kazi from all activities in the state and barred them from using its facilities at the M. Chinnaswamy Stadium. It also suspended Prasad, Vishwanathan and Shekhawat.

On October 2, CCB sleuths arrested Bhavesh Bafna, one of the two bookies against whom an FIR was registered, for his role in match-fixing, while another bookie, Sanyam, is absconding. The two bookies allegedly also approached Ballari Tuskers team to give “more than ten runs per over, but the bowlers refused”.

The first arrest in the case was that of Belagavi Panthers franchise owner Ashfaq Ali Thar after his role in betting was established. He had allegedly placed bets with a bookie based in Dubai and was in touch with players of other teams during the league.