Sindhu lost both the meetings against the world no 7 Chinese and would be eager to avenge her twin loss tomorrow. 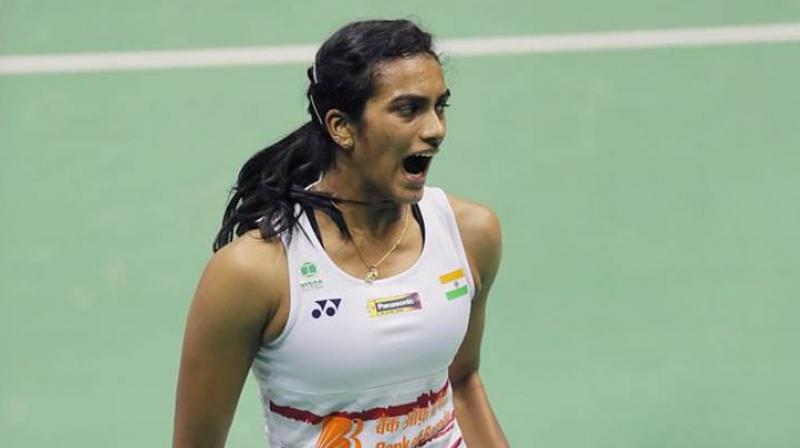 While Olympic and two-time World Championship silver medallist, Sindhu stamped her authority with a 21-12, 21-15 win over Thailand’s Busanan Ongbamrungphan in the second round, Srikanth got the better off Indonesia’s Tommy Sugiarto in a three-game match.

The third seeded Indian, who had clinched the title in 2016, will face tough test against eighth seeded He Bingjiao next.

Sindhu lost both the meetings against the world no 7 Chinese and would be eager to avenge her twin loss tomorrow.

Srikanth, who had skipped the event due to a muscle strain last season, managed to script a come-from-behind 10-21, 21-9, 21-9 win over Tommy Sugiarto in a 45-minute men’s singles match.

The 25-year-old from Guntur had won the China Open in 2014, getting the better of the legendary Lin Dan of China. Next, he will face Chinese Taipei’s Chou Tien Chen, who won a silver medal at the Jakarta Asian Games this year.

World No. 9 Srikanth has lost to Chen twice in the last three years. The only time he had an upper hand was at the 2014 Hong Kong Open.

In the women’s singles contest, Sindhu didn’t give any chance to Busanan to come near her in the first game as she led right from the start and reached 11-4 at the break before slowly extending the advantage seal the game.