The 26-year-old has injured his ankle during a tour match against a Cricket Australia XI. 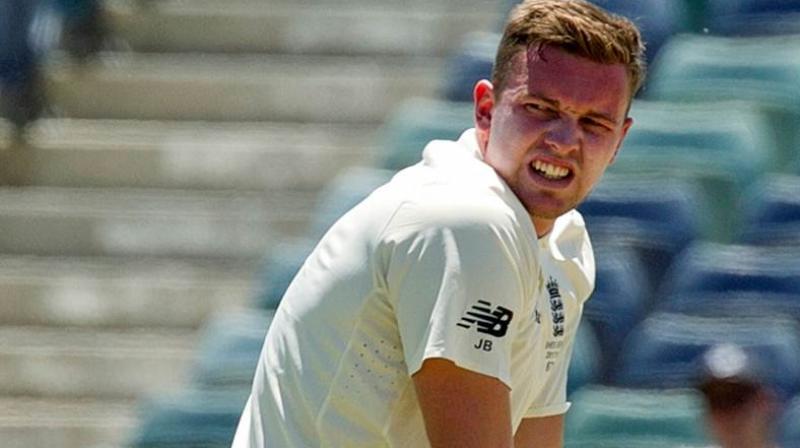 Ball subsequently collapsed in a heap before receiving treatment on the field and limping off the field unassisted. (Photo: AFP)

London: In a major blow to England ahead of the Ashes series against Australia, pacer Jake Ball has injured his ankle during a tour match against a Cricket Australia XI in Adelaide.

The 26-year-old delivered just four balls of his fourth over when he appeared to lose his footing in his delivery stride and turned his right ankle at the Adelaide Oval, where England were playing a pink ball match in preparation for the upcoming five-test series.

Ball subsequently collapsed in a heap before receiving treatment on the field and limping off the field unassisted.

Later, it was confirmed that the pacer had sustained a right ankle sprain and, therefore, he would not take part in the rest of the two days, ESPNcricinfo reported.

Earlier this week, England's pace bowling attack took a hit when Steven Finn was ruled out of the Ashes series with a knee injury. He was replaced by Tom Curran.

Ben Stokes and Toby Roland-Jones were earlier also ruled out of the Ashes series due to their respective issues.

While Toby Roland-Jones will miss the Test series against Australia due to a stress fracture in his lower back, Stokes was sidelined in the wake of the ongoing investigation into the street brawl incident in Bristol last month.

England is slated to play one more tour match beginning next Wednesday in Townsville ahead of the first Test at the Gabba, Brisbane.