Aussie skipper Tim Paine: 'Smith is the best player I have ever seen'

His remarks came after Australia's 185-run victory over England in the fourth Test of the ongoing Ashes. 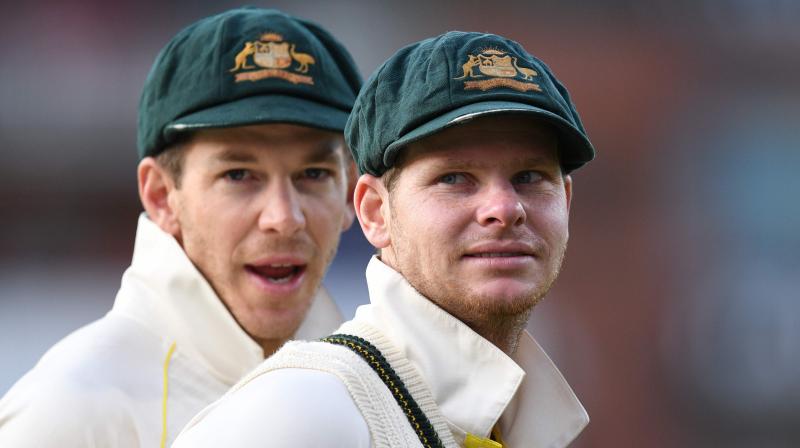 In the second innings, Australia was in a spot of bother at 44/4, but Smith played a vital 82-run knock to enable the side to declare at 186/6, setting England a target of 383 runs. (Photo: AFP)

Manchester: Australia skipper Tim Paine heaped praises at team-mate Steve Smith, describing him as the 'best player he has ever seen'.

His remarks came after Australia's 185-run victory over England in the fourth Test of the ongoing Ashes. This win enabled Australia to retain the Ashes.

"He is pretty handy, I won't lie. He is the best player I have ever seen. Obviously, his 200 was phenomenal but yesterday to push the game forward put England under pressure. He has got a lot of courage to take teams on," ESPN Cricinfo quoted Paine as saying.

The 30-year-old Smith, who scored 82 runs in the second innings of the fourth Test of the ongoing Ashes on Saturday, has been having an exceptional series. He has amassed 671 runs and has become the second-fastest batsman to register 26 Test centuries.

In the first innings of the match, he scored a double ton, enabling Australia to post 497 on the board.

In the second innings, Australia was in a spot of bother at 44/4, but Smith played a vital 82-run knock to enable the side to declare at 186/6, setting England a target of 383 runs.

Paine was able to contribute himself in the second innings as he scored a half-century. He has become the first captain to retain the Ashes in England since Steve Waugh in 2001.

In the final innings, England's wickets kept on falling at regular intervals but Australia had to toil hard to take the final two wickets.

England was finally bundled out for 197 in the fourth innings. Pat Cummins took the maximum number of wickets as he scalped four batsmen.

"It is a very funny game. Even half an hour ago (during England's ninth-wicket stand) I was thinking I should have taken that job. I am really humbled to come here as a captain and do something really special. We will enjoy tonight but we came here to win them, not just to retain them. We would love to be 3-1 up when we hold the urn aloft," Paine said.

"I am pretty pumped. This team has been through a lot in the last 12-18 months. Some individuals more than others. The character we have shown to bounce back, even from Headingley last week, shows a lot about the quality of the people," he added.

England and Australia next face each other in the final Test, beginning September 12 at the Oval.