Shashank has company of another Mumbai player and fast bowler Sagar Trivedi who is studying in same College. 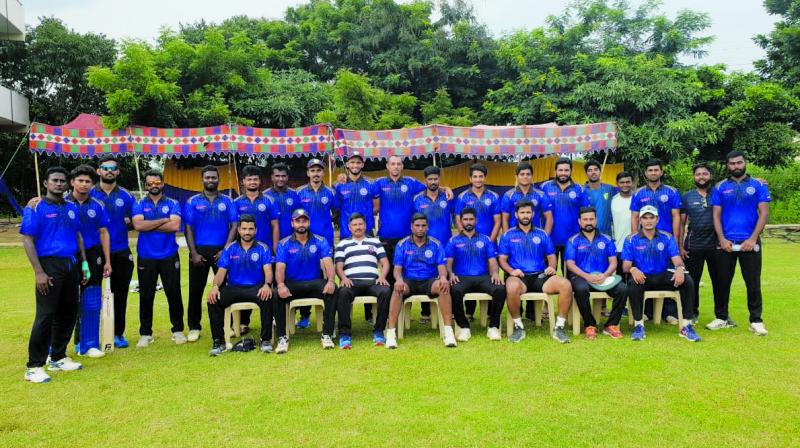 The best part is that Abhishek Nayar is there and he has lots of experience to share. Coaches are helpful too. We are looking forward to play in D Division of Ranji Trophy,” he said.

Mumbai’s indifferent start to the season continued after they lost to Puducherry on Friday in the Vizzy trophy semi-final by seven wickets. The 41-time Ranji Trophy champions had a delayed start to the pre-season after Sameer Dighe resigned as coach and was replaced by Vinayak Samant after a month. Later selection of probables for the pre-season camp was questioned and seven more players were called up midway to the camp.

In between, Mumbai missed the pre-season tournament in Karnataka. Their season got underway with Vizzy Trophy that started on August 30 in Vizag. Mumbai were without their senior players like Aditya Tare, Suryakumar Yadav and Siddhesh Lad who were busy with Duleep Trophy but losing to Puducherry who has been introduced by BCCI in the Plate Group category of Ranji Trophy this season along with eight other states mainly from North East will hurt the Mumbai team.

Shashank Singh who represented Mumbai in limited overs cricket in the past was the top scorer for Puducherry with 62 runs in chase of 225 in 50 overs. The 26-year-old all-rounder is pursing Masters Degree in Commerce at Achariya College in Puducherry. He was among the seven players added to the list of Mumbai probables for senior team in the pre-season camp. But he chose to play for Puducherry instead where he may get more time on the field and possibly make first class debut.

“I had got admission in Achariya College three months before and I had given trials for the Puducherry senior team as well which is playing domestic cricket for the first time. Though I was called up later to the Mumbai probables camp but meanwhile I got short listed in the Puducherry team as well. So I decided to seek NOC from MCA and play for Puducherry as I had already shifted there to complete my academic degree,” said Shashank who has made a good start with the new team by scoring couple of hundreds and half centuries in the ongoing tournament so far in five matches. He will feature again in the final against Indian Oil Corporation Ltd on Sunday.

Shashank has company of another Mumbai player and fast bowler Sagar Trivedi who is studying in same College. Left arm spinner Sagar Udeshi is the third player from Mumbai in the Puducherry team.

Besides these three youngsters, veteran all-rounder Abhishek Nayar has joined the team as a professional. The southpaw will be seeking his 100th first class game. Former Mumbai pacer Avishkar Salvi is the head coach and former batsman Onkar Khanvilkar, the assistant coach.

“We have a good team and the set up here is impressive. It is their first time and the administrators have been very supportive. The best part is that Abhishek Nayar is there and he has lots of experience to share. Coaches are helpful too. We are looking forward to play in D Division of Ranji Trophy,” he said.