Selection of Vihari over Karun is hard to explain

Such a travesty then that this fine performance should have been overshadowed by unseemly controversies regarding the playing XI chosen by India. 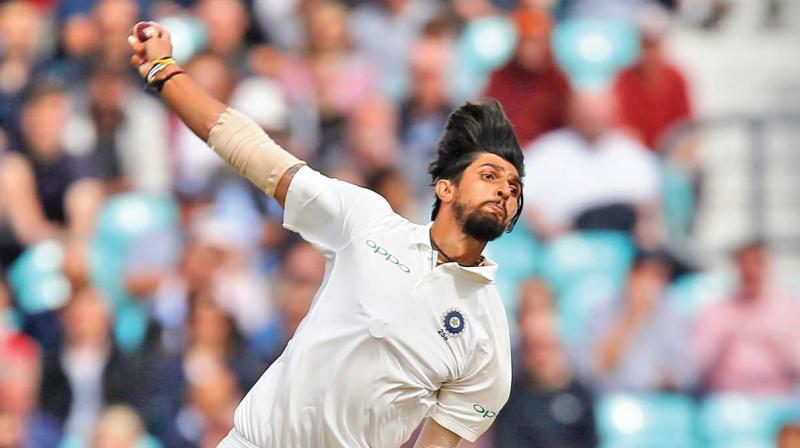 India’s bowlers, as they have been right through the series, were brilliant again on the opening day of the final Test. From a position of strength at 133-1, England were on the mat at 198-7 by close. That they recovered to get past 300 does not mitigate their splendid effort.

Such a travesty then that this fine performance should have been overshadowed by unseemly controversies regarding the playing XI chosen by India.

The selection of Hanuma Vihari over Karun Nair to replace Hardik Pandya and the injury status of R. Ashwin, who was left out in favour of Ravindra Jadeja, became the subject of massive debate with former players, media and fans taking contrasting positions.

Vihari, inducted into the squad only for the last two Tests, was ostensibly preferred to Nair because he can also bowl some off-spin. The Oval pitch is traditionally known to help spinners, and the captain-coach duo of Kohli-Shastri was keen to have two spinners in the side.

Vihari’s greater credentials, however, are as a batsman, which is where the diffidence for Nair was questioned. Nair not only has a Test triple century to his name, but was also part of the original squad, which means he was preferred to Vihari, but now finds himself out in the cold.

But while uncommon, it is not extraordinary that players who have been drafted in late have leapfrogged over others in the original squad as the history of Indian cricket reveals.

In 1967, M L Jaisimha was flown to Australia mid-series and played a Test barely a few hours after landing. In 1983-84 against Pakistan at Nagpur, Sandeep Patil was specially brought by helicopter to play the Test. In 1986 in England, Madan Lal was plucked out from league cricket and chosen over Manoj Prabhakar.

Firming up the playing XI does not follow a puerile `first come, first served’ system. Selectors pick the squad and the team management on tour, essentially captain and coach, finalise the side based on who they believe can win a match.

In that sense, Kohli-Shastri have not breached protocol or misused their powers. At worst, they’ve acted on a hunch, a gamble if you will. However, seen in the context of the frequent chopping and changing, it gave rise to skepticism about the methodology applied. Nair would have reason to feel hard done by. He hasn’t had single match since the series started because there were no first class matches between Tests (a major cause in the constant churn in my opinion) and has been left to carry drinks or twiddle his thumbs.

To make a career with so much competition for places  is not easy, and to lose out on opportunities can’t be good for the morale of a young player who did enough to merit the attention of the selectors and be in the squad. And what of the pressure on Vihari now? What would be interesting to know is whether Rahul Dravid, who is coach of the Indian A team and has seen both Nair and Vihari at close quarters, provided inputs which could have influenced the team management’s choice in picking the side for the Oval Test.

What is equally pertinent is how the team management has handled Nair in this delicate situation to ensure that his confidence is not seriously damaged. One does not know the tenor of communication within the dressing room, but to the world outside it has been clumsy and inconsistent..

For instance, at various stages in the past few days, Ashwin was said to be fit by Shastri and Sanjay Bangar (in which case he was dropped for the Oval Test because of a poor show in the fourth Test) but Kohli explained his absence to a ‘niggle being aggravated’.

These issues have taken attention away from the admirable intensity with which India have competed. Kohli has been particularly brilliant, but perhaps even more gratifyingly, the fast bowlers: And not just this series, but in South Africa too. While Kapil Dev remains head and shoulders above everybody else as India’s best pace bowler still — and with no offence to stalwarts like Zaheer Khan, Srinath, Venky Prasad, et all — Ishant, Bumrah, Shami, Bhuvaneshwar and Umesh arguably make for the best fast bowling attack India’s ever had. Indeed, so fantastic has been their contribution, it seems almost unfair to them that India should have squandered opportunities to win both these series because of lack of application from others.