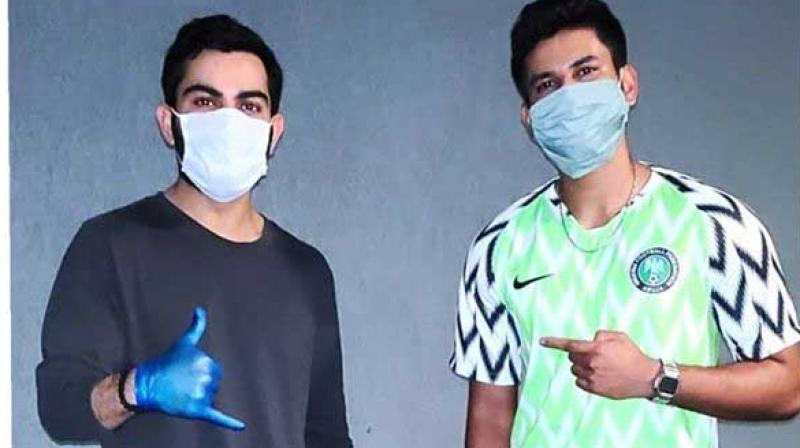 On Wednesday morning, Team India captain Virat Kohli tweeted a little something about a dish that one of his players’ mums had sent him, and the dish could well be on the way to becoming world famous now. At least the mother of the player who made the dish thinks so.

Speaking of his teammate, India’s top order batsman, Shreyas Iyer, Virat tweeted, “A kind neighbour who lives 500 m away from us brought us some homemade neer dosas and made us smile. A big Thank you to your mom amigo we haven’t had such delicious dosas for a longgg time. Hope you enjoyed the mushroom biriyani we sent back. J Good man @ShreyasIyer15 (sic).”
Digging further into the matter, this reporter got on a call with Shreya’s mother, Rohini Iyer.

Speaking exclusively to us, Rohini told us, “In a casual talk with Virat, my son said I make good neer dosas and would like him to try it. Virat readily agreed so I sent him about a dozen dosas, which I hoped he and Anushka would enjoy. And now with his tweet, Virat has made my neer dosa world famous.”

While Virat lives in Raheja Towers in Worli, the Iyer family lives in Adarsh Nagar, which is half a kilometre away.

Telling us that she considers Virat as she does her own son Shreyas, Rohini expressed pleasure to be serving him south Indian dishes during the lockdown given that Virat’s mother Saroj lives in Delhi.

Keeping with the Indian tradition of never returning a dish empty, Virat sent Shreya’s family some food too. “He sent us mushroom biryani with pomegranate raita, which was awesome and all of us enjoyed it,” Rohini adds.