‘Rohit wants to win it for Dhoni’

Dinesh Lad feels that the Indian opener’s career took off after Dhoni promoted him up the order. 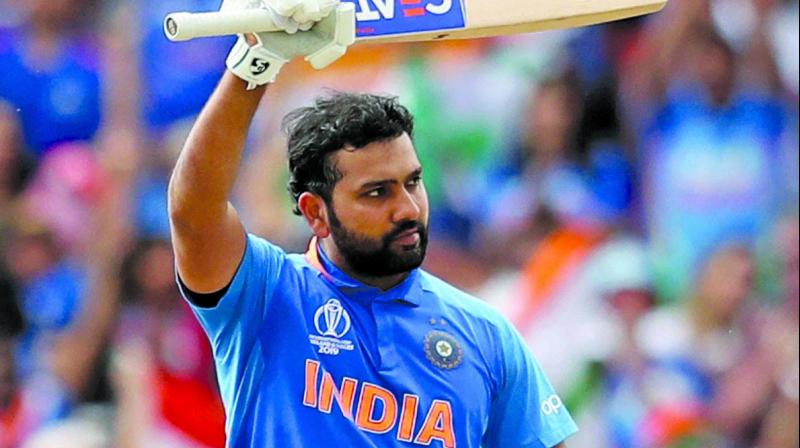 No body doubted Rohit Sharma’s talent but he wasn’t able to justify it at international level until Mahendra Singh Dhoni promoted him to open the innings for India in 2013. Rohit formed a formidable opening pair with Shikhar Dhawan and played crucial role in winning the ICC Champions Trophy for India in the same year in England and Wales.

From here Rohit’s love affair with 50-over cricket started. Rohit scored three double hundreds and every time he crossed a hundred fans expected him to convert it into a double hundred. From two ODI tons in his first six years of cricket he has scored 25 hundreds in the next six years to have total 27 ODI hundreds after 214 matches. Five of these tons have come in the ongoing ICC World Cup in England and Wales which is a World Cup record. He emerged as the top run getter in the league stages with 647 runs.

Although the opener had an average Indian Premier League campaign prior to the quadrennial event in England and his problems with wrist spinners continued in the Twenty20 format. But for the national team in 50-over format on English pitches, he is making batting look ridiculously easy.

“He is playing with maturity and knows if he stays at the wicket for 10-12 overs he can go on to make a hundred. He is the vice captain of the team and knows he has to stay at the crease with Virat Kohli as long as possible,” said Rohit Sharma’s school coach Dinesh Lad on Monday.

Lad who is cricket coach in Swami Vivekanand International school, Borivali, where Rohit played his initial cricket, felt Rohit is on a mission to do well and win the Cup for India and gift it to Mahendra Singh Dhoni, who is playing his last World Cup.

“Since Dhoni promoted him to open the innings and he became successful from there, it seems like he wants to gift him the Cup as it is his (Dhoni’s) last World Cup,” Lad who is the father of last season Mumbai Ranji Trophy skipper Siddhesh Lad, guessed.

Since June 2017, Rohit has scored 17 hundreds showing the remarkable consistency which he lacked at the start of his career. “Wife (Ritika Sajdeh) has been lucky for him and he has become more responsible especially after his daughter was born. He has himself said it and it has translated into his batting. He is keen to stay at the wicket more and during the ongoing World Cup he has been just dismissed twice early against Afghanistan and West Indies. In other seven games he scored atleast a half century,” Lad says.

The former Western Railway cricketer felt Rohit should not change his approach in the Tuesday’s semi-final against New Zealand and bat the way he has been doing. “He is doing well by first playing himself in and then going for shots. He will continue the same way,” he said.

Rohit has proved himself in T20 format as well by scoring four tons for the national team, but playing just 27 Test matches in a career spanning over 12 years hasn’t made him an all format player yet.

“He hasn’t played much red ball cricket. Red ball moves around more and also turns a bit. So, it hasn’t been easy for him like white ball where shot making is easier for him,” Lad said.