India have won the World Cup twice (1983 and 2011) whereas New Zealand are yet to lift the trophy. 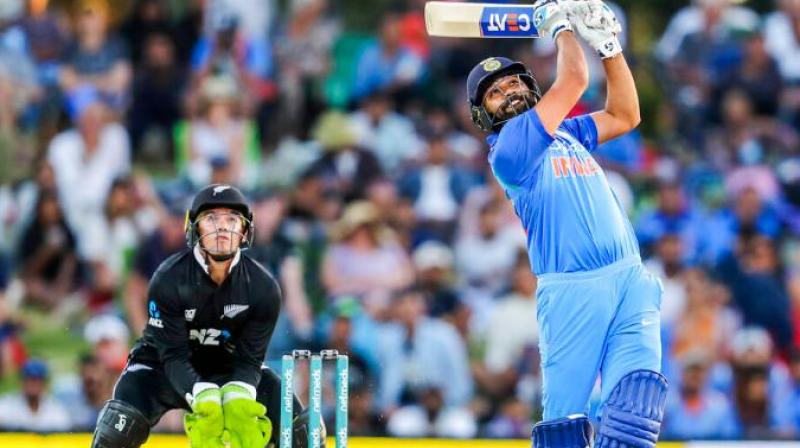 These two sides met each other in the warm-up fixture ahead of the World Cup and in the match, the Kiwi side came out triumphant. (Photo: AP)

New Delhi: India and New Zealand would both look to enter the finals of the ongoing ICC Men's Cricket World Cup as they take on each other in the first semi-final in Manchester on Tuesday.

India have won the World Cup twice (1983 and 2011) whereas New Zealand are yet to lift the trophy.

These two sides met each other in the warm-up fixture ahead of the World Cup and in the match, the Kiwi side came out triumphant.

Here are the key players to look forward to:

The 25-year-old speedster is considered to be a key player for India. Bumrah's unconventional high-arm action and ability to bowl with variations make him a rare bowler among the cricketing fraternity. Apart from his wicket-taking skills, the number one ODI bowler is very economical in the death overs. Bumrah returned with figures of 4-55 against Bangladesh in the team's last match and he backed that performance with a three-wicket haul against Sri Lanka. The bowler has 15 wickets in the tournament so far.

Boult had finished the 2015 edition as the tournament's joint highest wicket-taker with Mitchell Starc. He has become one of the most successful fast bowlers of New Zealand. Boult has picked up 15 wickets so far in the tournament. Apart from his fast bowling, he is also known for his sharp fielding skills. He denied West Indies' Carlos Brathwaite from finishing the game against Kiwis as he took a brilliant catch of Brathwaite on the boundary. In the same fixture, Boult picked up four West Indian wickets.

The 32-year-old Indian batsman has been in great form in the World Cup so far as he has 647 runs from eight innings. He is the only batsman who has scored five centuries in the ongoing tournament and he broke Sri Lanka's Kumar Sangakkara record for scoring the most centuries in a single edition of the World Cup. Sharma has been providing a steady start to the Indian innings and he has the ability to accelerate when required.

New Zealand skipper Williamson has been a guiding force for his team. He has scored 481 runs in eight innings so far. With each passing game, Williamson's performance has gotten better. He has scored two centuries in the tournament so far and has also provided his off-spin services to the team when in need. Under his leadership, the Kiwis have won five matches from nine fixtures. The team has lost three games and one match was washed out.

Rain could play a spoilsport in the semi-final match between India and New Zealand.

There is a possibility of gloomy weather as rains are close to the venue in the morning. It could be drier by the afternoon. The match will take place but there are expectations of some delays and interruptions.

"The weather could be playing a part for India against New Zealand. It is going to be gloomy as there is rain close by Old Trafford. It looks slightly going to be rainy, drizzly, on and off for the morning," the Met Office told ANI.

"It does look a bit drier for the afternoon. We should get a game on but expect interruptions, expect some delay. It's going to be humid as well and overcast. The ball could be swinging around if you are going it's not going to be warm," the forecast added.

Following are the squads: