India entered the semi-final with winning momentum behind their back as they won their last two matches. 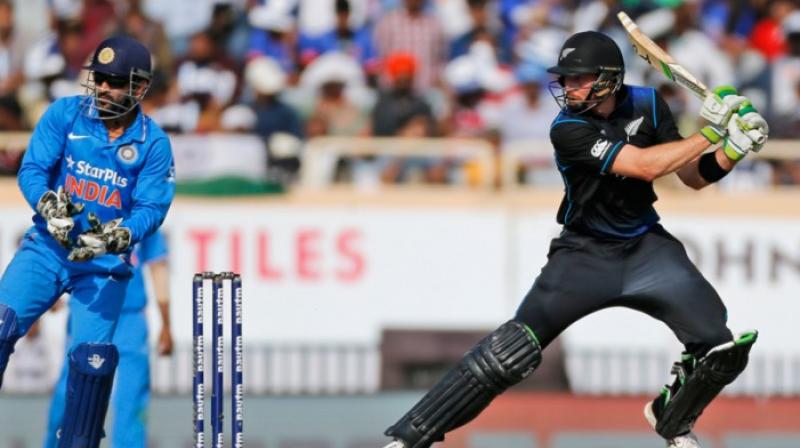 New Delhi: As India take on New Zealand in the semi-final clash of the ongoing ICC Men's Cricket World Cup on Tuesday, let us look at the last five ODIs between both the teams.

In the year 2008, Indian captain Virat Kohli and Blackcaps skipper Kane Williamson led their respective side in the U19 World Cup semi-final match, which India won by three wickets. Later India defeated South Africa to lift the U19 title.

Now also both the captains are leading their respective national sides and competing with each other in the current World Cup semi-final.

Earlier in the year, the Indian side visited New Zealand and played the five ODIs and three T20s. The team emerged victorious in the ODI series by 4-1. They lost T20 series by 2-1.

Ambati Rayudu, who took retirement from all forms of cricket, was the highest run-scorer in the bilateral ODI series. Rayudu amassed 190 runs with an average of 63.33.

Shikhar Dhawan, who was ruled out of the World Cup due to a thumb injury, was the second highest-scorer just runs behind of Rayudu.

Opening batsman Rohit Sharma was the third-highest scorer for the team with 169 runs.

The 32-year-old has 647 runs from eight innings in the World Cup so far. He is the only batsman who has scored five centuries in the ongoing tournament and he broke Sri Lanka's Kumar Sangakkara record for scoring the most centuries in a single edition of the World Cup. Sharma has been providing a steady start to the Indian innings and he has the ability to accelerate when required.

In the bowling department, Trent Boult was the highest wicket-taker and clinched 12 wickets. He was the only New Zealander in the top-five wicket-takers tally.
Indian pacer Mohammad Shami and spinner Yuzvendra Chahal both bagged 9 wickets each for India.

In the previous clash between the Men in Blue and Kiwis at the World Cup warm-up match, the latter won by six wickets. Boult took four Indian wickets in that game.

The league match between India-New Zealand was washed out due to rain.
India have won the World Cup twice (1983 and 2011) whereas New Zealand are yet to lift the trophy.

The Men in Blue finished the group stage at the top of the standings with 15 points, whereas New Zealand finished fourth with 11 points from nine matches each.