Gayle, a self-proclaimed 'Universe Boss', had requested the ICC to allow him use it for his bat branding. 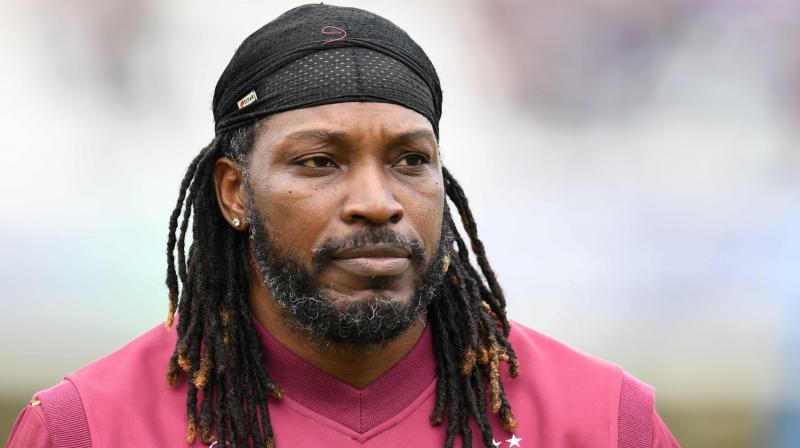 The ICC allowed the Indian team to wear camouflage caps recently during an international match against Australia because it was a bilateral series. (Photo: AFP)

London: The International Cricket Council has not only rejected Mahendra Singh Dhoni's request for wearing keeping gloves which had a dagger insignia but also refused West Indies opener Chris Gayle permission to use 'Universe Boss' logo on his bat.

In both cases, the ICC cited equipment regulation violation.

Gayle, a self-proclaimed 'Universe Boss', had requested the ICC to allow him use it for his bat branding but he was informed that he can't use any clothing or sporting equipment for personal messages.

"ICC couldn't have made an exception for Dhoni as no personal messages are allowed on equipment. Gayle wanted it but when he was refused permission, he accepted it and moved on," a source privy to the development told PTI on conditions of anonymity.

Talking about Dhoni, the official said, "It is not about military symbolism. It is about a simple rule that no personal messages are allowed. If ICC did not make an exception for Gayle, then how come they would make it for Dhoni."

It has also been learnt that even innocuous messages or emojis are not allowed on equipment.

"Tomorrow, Moeen Ali will again request for wearing a 'Free Palestine' wristband which is a direct political message. We did not allow it then and we won't allow it now. You won't be even allowed to have a word like love' embossed on the equipment," the source added.

The ICC allowed the Indian team to wear camouflage caps recently during an international match against Australia because it was a bilateral series.

"A formal request was made by the BCCI as they wanted to use the match as a fund-raiser for the victims of the Pulwama terror attack. In bilateral series, ICC allows teams to do charity. Just like the Pink Test' in Australia for the Jane McGrath foundation that works on breast cancer awareness, the source further added.

It has been learnt that Dhoni is yet to get any official reprimand from the ICC for the South Africa game, during which his green gloves had dagger insignia.

As per rules, if he sports the insignia again in any of the matches, he would first be warned and then face financial penalties of 25, 50 and 75 per cent of match fees for every transgression.