Yadav not only scored 71 runs, but remained not out and won the Man of the Match award, propelling his team into the final. 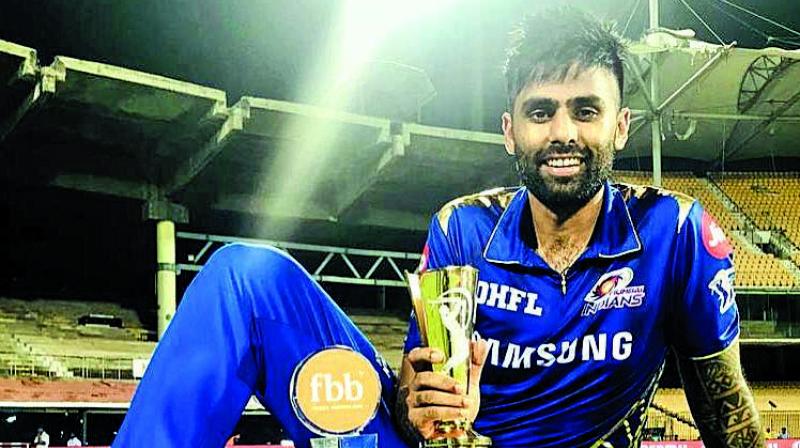 Yadav not only scored 71 runs, but remained not out and won the Man of the Match award, propelling his team into the final.

“Surya Kumar is very close to both of us,” says Ashok Kumar, an electric engineer with the BARC (Bhabha Atomic Research Centre), while confirming that daughter-in-law Devisha Shetty is already with the young batsman.

“I am not surprised with his play yesterday. In fact, it was expected in earlier matches but somehow, it did not click,” says the doting father, who adds, “MI had an upper hand against the CSK. And the team may well win this year's IPL.”

Interestingly, Surya Kumar is so attached to his parents that he has tattooed their images along with their names on his right arm.

“We didn’t want him to face any pain, but he was adamant. It’s a permanent tattoo and he’s very fond of it,” says Ashok, adding, “Surya is like an open book. Everyone around him knows him well. He is also very fond of cars and of course, passionate about cricket.”

Apparently, Surya played badminton in his early days and his father asked him to choose between the two sports. Ashok R. Kamat and Vilas Godbole later coached him.

Though the young cricketer is leading one of teams in the Mumbai T20 league, which kicked off last year, Surya’s father feels that he is underrated at the national level. However, both his parents are hopeful that he will one day play for India.