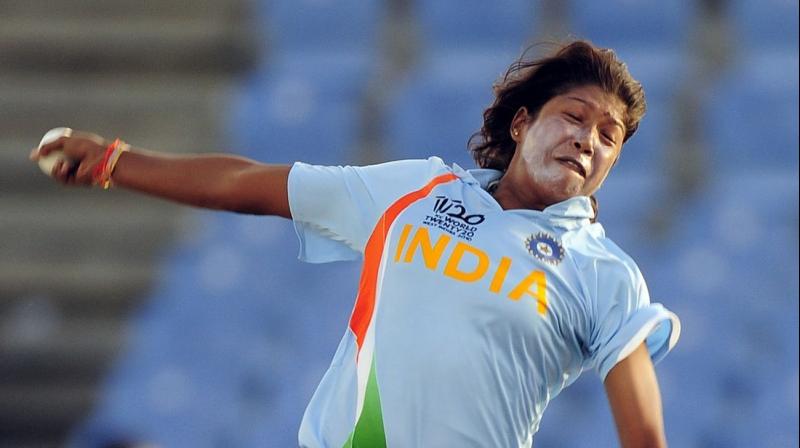 Jhulan Goswami eclipsed the decade-long record in the name of Australian Cathryn Fitzpatrick.

Goswami, thus, eclipsed the decade-long record in the name of Australian Cathryn Fitzpatrick.

Goswami claimed her 181st victim in her 153rd match, breaking Fitzpatrick's record of 180 wickets from 109 matches.

Goswami registered excellent figures of 3/20 in 7.3 overs while she was ably supported by medium pacer Shikha Pandey (3/22) as the duo shared six wickets between them to bundle out South Africa women for 119 in 39.3 overs.

Mignon du Preez top-scored for South Africa women with a 57-ball 31. Later, skipper Mithali Raj (51 not out) struck an unbeaten half-century while Mona Meshram made 38 as Indian women chased down the target with consummate ease, reaching 121 in 41.2 overs.